My SparkPage
Send Private Message
Reply
Thanks for the replies everyone! My pantry challenge is still going well, although I've pretty much run out of fresh produce and that's a big source of the problem. My winter garden isn't in a position to bail me out of that yet, but I have a lot of blanched veggies in my freezer (far superior to canned, of course.) So Maybe I was hasty in my original post about running out of healthy food.

I do have whole-grain pasta and rice, fish, old homespun soups and casseroles, guacamole, massive amounts of cuban black beans and lentil dhals for snacking, and so on. And there's a neighborhood apple tree on the next block that has been very generous as well. I think part of the problem is that as fall moves in for real, I've been tempted to load up on the carbs and fat. It's instinctual.

I only have one more exception to my non-shopping challenge coming up, and that's my favorite farmer's market closing for the season in a couple weeks. They always have a massive sale and I never miss it, because that's when I re-stock my freezer for the coming year. Then I'll have an absurd amount of produce going forward. It's a good argument for using up the last of what I have now so I'm not so tempted to stick exclusively with the fattening stuff.

Thanks for helping me thing outside the box, everyone!

My SparkPage
Send Private Message
Reply
"I'm realizing that my enthusiasm for using up all my old food is now in direct conflict with my weight-loss goal. "


"We cannot change the cards we are dealt, just how we play the hand."
~ Randy Pausch

My SparkPage
Send Private Message
Reply
What old foods are you talking about? Why do you think they are unhealthy? Can you give us a list of what you're talking about and maybe we can help brainstorm ideas to make them into something healthier.

For example, maybe you're talking about canned soup. Not necessarily bad, depending on what it is. Can you add some frozen vegetables to it or make a salad?

My SparkPage
Send Private Message
Reply
"..my old food is now in direct conflict with my weight-loss goals.."

It sounds to me like you are an 'all or nothing' person. I would go about making changes gradually (baby steps) rather than just cutting everything perceived as bad out of your diet. That is an action which often leads people to fall off the wagon because they either end up feeling deprived or bored.

Altho' I have mostly always eaten a very healthy, balanced diet, I also refuse to ban the poorer choices. When I was in weight-loss mode, I always gave myself permission to eat whatever took my fancy re those poorer choices, however, no more than once in 2 weeks. There are times when I will go way above my upper calorie range, but mostly eat a bit under it to counteract when I go over. I lost a lot of weight doing this, and I have been maintaining for a few years, also doing this.

Are you able to bulk cook some meals and incorporate some of the less wise items into it, but on a reduced scale? You might find that you achieve some good results by not banning everything perceived as 'bad' from your diet.

Send Private Message
Reply
Modify your goal a little bit. Can you eat out of your pantry and eat two more servings of produce per day than you usually do? Or set yourself a goal of using 10 pantry items per week? What about setting a dollar value goal from the pantry per week like $25 of your $50 per week should come from the pantry and $10 per week should come from your garden, so you have $15 a week to spend at the store? What about a greater goal of using 5 pantry items per week over the next 20 weeks to get them rotated out? So don't just clear out, qualify or quantify to make your goal fit you a little better.

You state, "..my old food is now in direct conflict with my weight-loss goals.."
Indeed this issue has come up for me too. Freezing extra food makes me feel less guilty when I tire of eating something. The important point is to keep to your priority of sticking to your weight/health goals. Healthy eating is an investment in yourself and well worth keeping as top priority.

Hope you had a fun vacation! 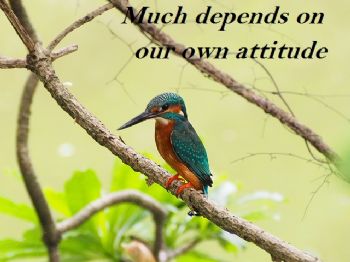 My SparkPage
Send Private Message
Reply
This is probably a weird question, but I'm curious if it's impacted others. Feel free to move this to a different forum if this isn't the best place for it.

I just came home from a vacation where I was a little enthusiastic with my spending, and decided that as part of making it up I'm challenging myself not to hit the grocery store until November 1 with just a couple of specific exceptions. My winter garden is just coming into its own, and I'm a stockpiler because I live in an earthquake zone so running out is not a concern.

Things have been going beautifully for the last week or so, but I'm realizing that my enthusiasm for using up all my old food is now in direct conflict with my weight-loss goal. I've made a point of only making really healthy food, but between winter boosting my appetite and wanting to clear stuff out ... yeah.

So I'm just wondering if anyone else has encountered this while working to clear out an embarrassment of leftovers and food storage. If so, how did you navigate it?