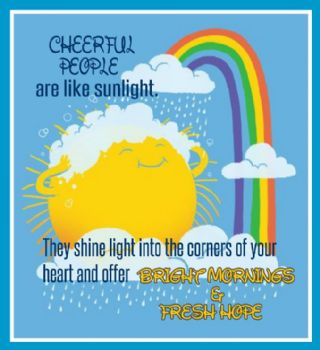 "Cheerful people are like sunlight. They shine light into the corners of your heart and offer bright mornings and fresh hope." 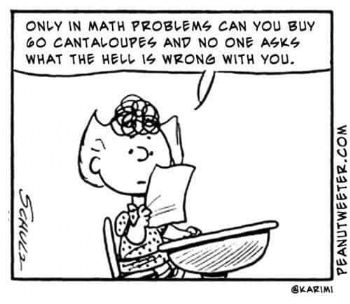 "Only in math problems can you buy 60 cantaloupes and no one asks what the hell is wrong with you." 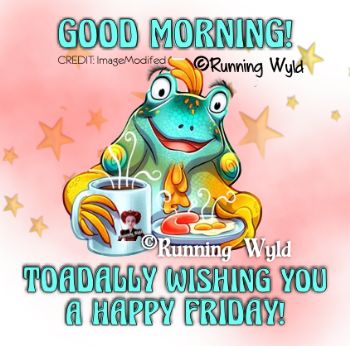 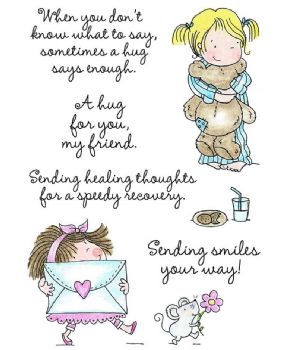 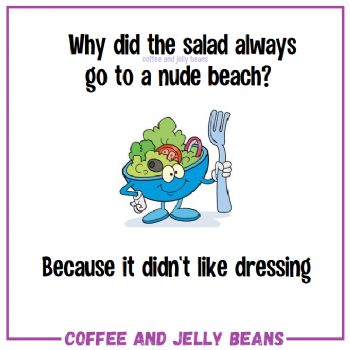 You know it's a bad day when...
You turn on the tv and they are displaying emergency routes out of the city.
Your boss tells you not to bother to take off your coat.
You jump out of bed in the morning and miss the floor.
The bird singing outside of your window is a buzzard.
Your horn goes off accidentally and gets stuck when you are following a group of Hell's Angels on the freeway.
You put both contact lenses in the same eye.
You call the answering service and they tell you its none of your business.
Your pet rock snaps at you.
Your income tax check bounces.