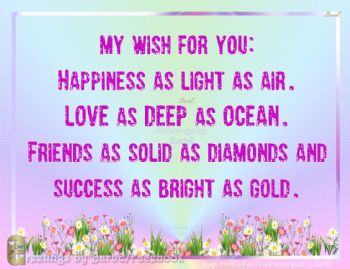 "My wish for you: Happiness as light as air. Love as deep as ocean. Friends as solid as diamonds and success as bright as gold." 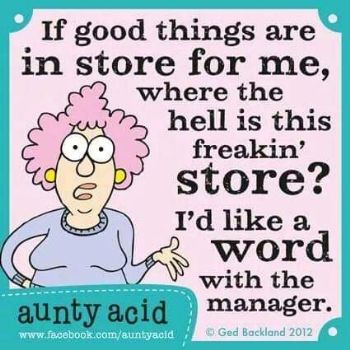 "If good things are in store for me, where the hell is this freakin' store? I'd like a word with the manager." 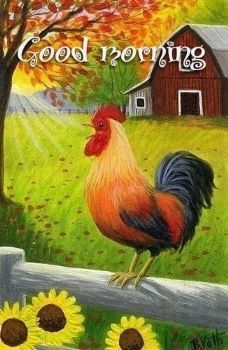 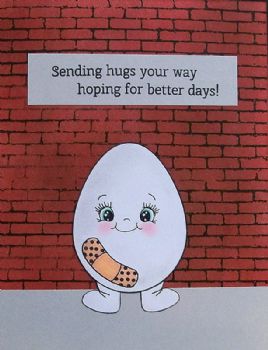 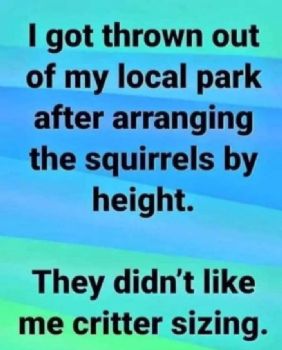 It's Make Lunch Count Day! Have you been skimping on lunch or even skipping it entirely? Today reminds us lunch is an important meal also as it revitalizes us and gets us through the rest of our day. Make healthy choices and you'll see a difference.
--International Be Kind to Lawyers Day: observed on the 2nd Tuesday of April; I guess we can give them a break for one day as they do provide a valuable service when we need them; so, be kind to the lawyers in your life.
--International FND Awareness Day: today is a day of awareness about Functional Neurological Disorder which breaks down the communications between the brain and the body.
--National Peach Cobbler Day: today is a salute to a deep dish fruit pie; there are different types of cobblers, some with just a top crust and others with top and bottom; add some vanilla ice cream, please.
--Plant Appreciation Day: we often forget to water them, but plants do so much for the planet beside look pretty; they take in carbon dioxide and emit oxygen and play a major part in sustaining life; plants include the crops we are very dependent upon for sustenance.
--Scrabble Day: today celebrates a wonderful cerebral game on the birthday of its creator, Alfred Butts (1931); his first version was called Lexico, than Criss-Cross; in 1947, James Brunot bought the rights and in 1948 Scrabble was first produced; the boom took off in 1952 and nowadays, there are championships.
--Thomas Jefferson Day: today commemorates the birthday of Thomas Jefferson, born in 1743, Thomas Jefferson was a statesman and author of the US Declaration of Independence; he was governor of Virginia 1779-1781, our first Secretary of State 1789, and President 1801-1809; the Thomas Jefferson Memorial in Washington DC was dedicated this day in 1943.
--In 1970, the Apollo 13 faced catastrophe while orbiting Earth. From bing: "Two days after launching from the Kennedy Space Center in Florida, a warning light, a loud bang, and the message "Houston, we've had a problem here," puts an end to Apollo 13's mission to the moon. An exploded oxygen tank on the spacecraft makes returning to Earth alive the new goal."