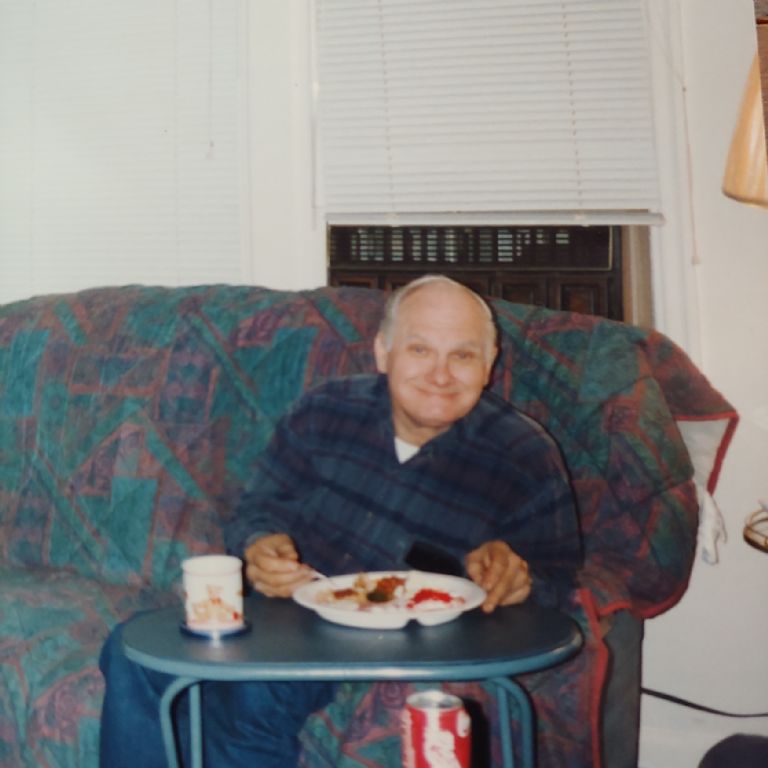 Wednesday morning my mom called me to tell me my grandpa had passed away. I was with my grandma the night before helping her get him ready for bed and laying him in bed. He was very weak. Could only walk a few steps before having to stop to rest. My grandma has had 2 hip replacements and she walks with a tilt so its been very difficult for her. After we got him in bed. I told her how we can move things around in the living room for a hospital. This way everything he needs is in one room. I could see relief in her face. About 5 hours later he was gone. They moved back in July and was now only 8 minutes away instead of 40. I didnt go over there much because I was still taking care of my grandma who had dementia and water on the brain. She passed September 28. I went over to see them a few times because I had to get out of the house. But I wish I kept going over there. I felt like I was ignoring them but I wasn't. Ive been stuck in the house for a few years because I couldnt leave my grandma so it was just my norm. But I was there for them Monday when I helped take him to a Dr appointment and Tuesday night. I have to stop thinking so negatively. I didnt completely ignore them. Its just been crazy. Ive lost 2 grandparents and a very close family friend (he was in his 50s, covid) in just 6 months. I keep telling myself I need to step up and start taking care of my self now. But depression keep popping up and pulling the rug out from underneath me. I still havent had my cry over my grandpa and I know holding it in won't help. I feel it in my chest though. And that sick feeling after I eat anything. He was my only grandpa. He showed me how to use power tools at a very young age. We made a very sorry looking bird house that I still have in the shed. Because I was always in his garage I developed the love for the smell of saw dust. He was a great man. This is him at Christmas, I'd say 1995 maybe.
Share This Post With Others
Report Inappropriate Blog
Member Comments About This Blog Post