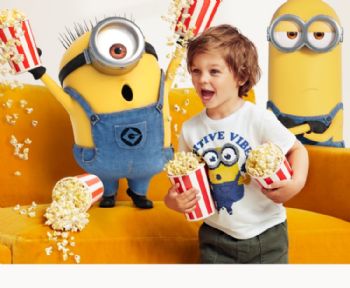 Business of Popping Corn
In the nineteenth century, most people made popcorn by holding long-handled wire boxes filled with kernels over fires. This was effective for home consumption, but something else was needed to make popcorn commercially. The problem was solved by Charles Cretors, who built the first commercial popcorn machine. He founded C. Cretors & Company on today's date in 1885, and his machines soon made it practical for people to get into the business of popping corn.

Cretors was born in Lebanon, Ohio, and eventually made his way to Decatur, Illinois, where he opened a confectionery shop. In order to broaden his shop's offerings, he purchased a peanut roaster. Unimpressed with how it operated, he redesigned it and made it so it could also pop popcorn. He moved his family to Chicago in 1885 and soon opened a new shop. He bought a peddler's license so he could put his improved peanut machine in front of his building. With the approval of his license on December 2, the birth of C. Cretors & Company was made official.

He powered his popcorn machine with a steam engine, which allowed it to be automated. A fire under a broiler created the steam that powered its small engine, and the engine moved gears, a shaft, and an agitator which stirred the corn kernels. There was a storage bin where fresh popcorn could be dumped, which was kept heated by steam exhaust. Some steam was also diverted to a whistle that was used to attract customers.

Over the following years, he improved on his machine so that it could be used to roast peanuts or coffee, pop popcorn, or bake chestnuts. He also redesigned it so that it could roast peanuts and pop popcorn at the same time. It was consistent and popped uniform popcorn each time it was used. Cretors applied for a patent on August 10, 1891, which was granted on October 10, 1893. This was also a consequential year for his invention for another reason: he brought it to Chicago's Columbian Exposition. There the wider public got a taste of the popcorn from his machine for the first time, which he popped with a seasoning mixture made with butter oil and leaf lard. He gave away samples of his popcorn, which enticed people to purchase full bags of it.

Cretors' popcorn machines were the impetus that led to the commerciality of popcorn, and they became the standard of their kind. They were made with exquisite eye-catching designs, and were also furnished with a mascot, the Toasty Roasty Man, a mechanical clown that looked like it was operating the machines. These features along with the steam whistle helped draw in customers.

The machines were also equipped with wheels, which allowed vendors to easily move them anywhere where business looked favorable. They were, in effect, mobile concession stands. By the turn of the century, small-wheeled models—such as the type of the original patent—gave way to large-wheeled wagon models. Some of the wagons could be pulled by horses, such as the larger Model D Wagon and the smaller Model C Wagon. Cretors' popcorn machines also became common in movie theaters, after theater owner Glen W. Dickson installed them in his cinemas in 1938. C. Cretors & Company is still in business today and is still keeping others in the business of popping corn.

Here are a few popcorn-related ideas to get you celebrating the day:

* Eat some popcorn made in a commercial machine. Making it in the microwave or with an air popper will not do—you should eat it from a machine similar to Cretors, if not from a Cretors machine itself.
* Buy yourself a popcorn machine. If you have a little extra money to spend you could buy a Cretors popper, and if you really want to spend big, you could make sure it is vintage.
* Visit the Wyandot Popcorn Museum, which has some of the early Cretors machines, or visit the J.H. Fentress Antique Popcorn Museum.
www.wyandotpopcornmus.co
m/
* View some Cretors popcorn machines from over the years online, or read more about the company. Whenever looking at Cretors machines, make sure to try to spot the Toasty Roasty Man.
* Visit the building that once housed the Cretors factory.