Taken from my original page.....Blondee53

A tribute to my ex...husband, friend and life's love....
Thursday, January 25, 2018
Written by his son, Steven, who I met when he was 7...a beautiful ,little freckle faced, red headed boy....now grown with 4 kids of his own and one in heaven. This really touched my heart.
He wrote a beautiful, "merciful", heartfelt tribute to his Dad, on his FB page. Made me cry....I was so thankful the reconciliation took place while there was time and it made such a difference in both their lives.

Last night my daddy, the man that always picked me up on Friday night as a child, passed from this life. His health had been slowly declining to lung cancer.
Tonight I am sitting at his place watching the fire burn after enjoying a big ribeye and burgers for his three dogs. I so appreciate the man that he was to me as a child. He never failed to pick me up and take me camping, fishing, hunting or whatever he could pull together for the weekend. He didn't always have the best circumstances but he never let it be an excuse. He ALWAYS picked me up.
I knew that I was loved. Later, in my teen years, he pushed me away as he pursued his share of women. He left many women with smiles on their faces and some with joy like they had never experienced before. He married and divorced and married and divorced. He became someone that I didn't know and didn't always like. When I was little he told me to step in his steps so I wouldn't get snake bit. I can remember trying to take these giant strides to reach his footprints. That's the way it was during those years. I wanted to be like my daddy. I was learning where to step in life. As I grew older I saw the faults more than before. During that time he showed me where not to step. He paid such a price in his life for his poorly chosen steps but I still learned from his mistakes. I learned what not to do while he paid the price. His example, both the good and the bad, shaped me. I'm grateful to him for that.

Cancer stripped away his strength and his independence until there was just a humble soul seeking forgiveness. He had found what was really important in his life. He came to know his son and grandkids. He found ways to love those that he had not loved. He pushed on through the pain and hung in so long because he had newly discovered what was really important in life. He learned to forgive and love. He also learned to love those who were harder for him to love.
I grew up looking up to my dad as a man that I wanted to be. As I grew older I saw him in a different light and no longer wanted to be like him but instead wanted to not be like him.

In the end he came to know me. I had the opportunity to teach him from the Bible. I was able to care for him as he began to need care. I gave back to him the love and care that he gave to me as a child. He expressed his amazement at the man that I had become. My dad looked up to me.
I didn't need his approval anymore but I had it. He became so humble as he lost his abilities. He quietly prayed for help with everything. He asked God for help constantly. He showed me what it looks like to be fully reliant on God. He asked for more time and got it. He asked and gave forgiveness to all that he could. He wrote letters and reached out as he was able.
In the end I saw my father transform himself into a humble soul that wanted only to be right with God. I want to be that man. 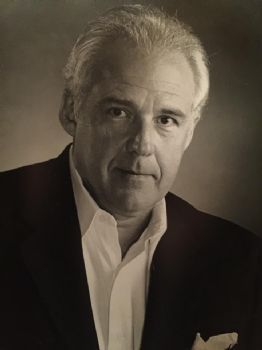