Footloose came dancing & writhing into theaters in 1984. Teen aged Ren McCormick (Kevin Bacon, in his breakout role) moved to Bomont, OK from Chicago. Talk about culture shock! Reverend Moore is the big dude in town, preaching against loud music (especially rock ), or dancing. Moore believed dancing & music “excited” the youths, leading to deviant thoughts, alcohol, & evil ways. It turned out, Reverend Moore’s son had died in a 2 car crash killing his son (a group of teens went wild & crazy before they crashed) That’s when the Rev managed to get a law passed in Bomont banning rock music & dancing. You’ve probably heard stories about the preacher’s daughter running wild, haven’t you? Well, little miss Ariel was the poster girl - doing stupid teenage things - her brother was the one that died from car crashes, so Ariel plays chicken with cars & trains. Oh, & all the senior class teenagers seem to smoke, drink alcohol, & drive 100 miles to another town to dance. Sigh. 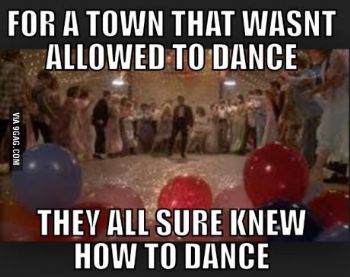 So, Ren petitions the city council to have the law revoked so the seniors could have a a prom with, gasp, dancing.Despite several quotes from the Bible, he’s shot down. The gating plant where Ren works part time tells Ren his property is not in odontological - it’s across the street! He offers the grainery for the prom. The prom is on! Plus, the Rev had a change of heart when he see adults burning books. He has himself a come to lord meeting, which shares with the congregation on Sunday. Yada, yada, yada, the prom starts, with the kids all sitting down, even with some kick but music. Finally, Ren & Ariel dance & pretty soon they’re all dancing. Uh, oh, the bad kids crash the party but Ren & his buddies fight back, making them crawl away. The kids are dancing le crazy. Rev & his wife are standing outside, a bit away from the prom, but they dance together for the first time in years. 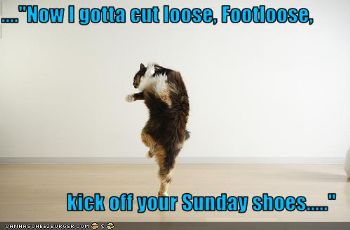 Trivia: Kevin Bacon wasn’t the first pick to play Ren (Tom Cruise & Rob Lowe were, but Tom was doing another film & Rob was injured). Keven used to bust out some of the extremely athletic moves, but he says he can’t do them anymore. (frowny face)
The movie was loosely based on a real town,Elmore City, OK. It had bans against dancing since its founding - in 1898. That’s not a typo. . It was revoked in 1980. The 4 person board gridlocked 2:2. The school board president ended it, saying “Let ‘me dance.” 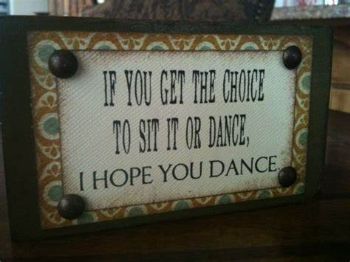 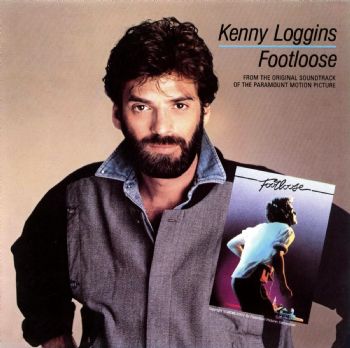 Been working so hard
I'm punching my card
Eight hours for what?
Oh, tell me what I got
I've got this feeling
That time's just holding me down
I'll hit the ceiling
Or else I'll tear up this town 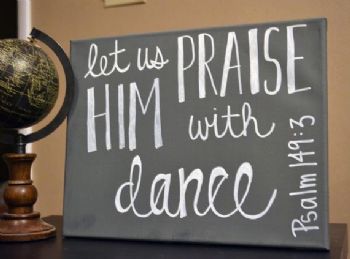 Now I gotta cut loose
Footloose, kick off the Sunday shoes
Please, Louise, pull me off of my knees
Jack, get back, come on before we crack
Lose your blues, everybody cut footloose 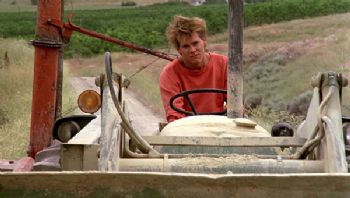 
You're playing so cool, obeying every rule
Deep way down in your heart
You're burning, yearning for the some-somebody to tell you
That life ain't passing you by
I'm trying to tell you
It will if you don't even try 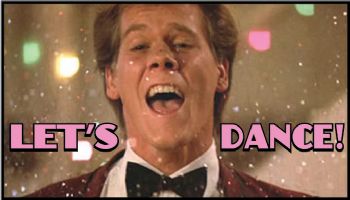 You'll get by if you'd only cut loose
Footloose, kick off the Sunday shoes
Ooh-whee, Marie, shake it, shake it for me
Whoah, Milo come on, come on let's go
Lose your blues, everybody cut footloose 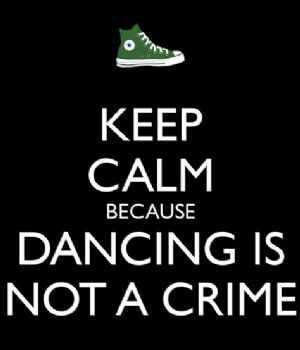 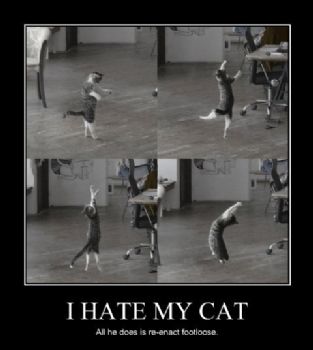 (All he does is reenact Footloose)

I'm turning loose, footloose, kick off the Sunday shoes
Please, Louise, pull me off of my knees
Jack, get back, come on before we crack
Lose your blues, everybody cut footloose 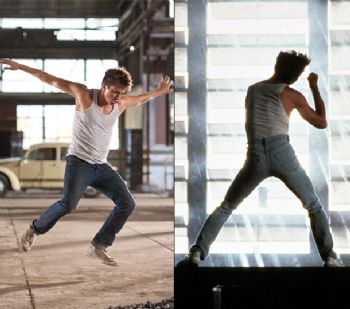 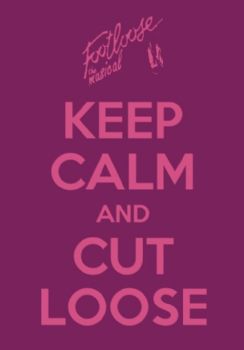