The mummy came stumbling & juicy into theaters in 1999. This is not to be confused with the Boris Karloff’s version (although it’s fun to watch around Halloween!) Don’t confuse it with the 2015 film, either. Not as much fun! 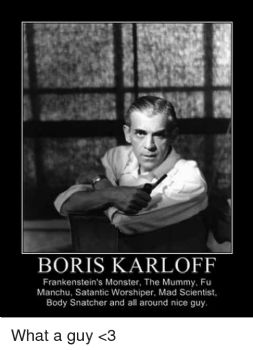 Picture this, Thebes, 1290 BC. The high priest, Imhotep, has a love affair with the pharaoh’s mistress, Anck-su-namun. SETI I I was not happy, but that didn’t matter, as Anck-su-namun & Imhotep kill him. Imhotep runs off, Anck-su-namun kills herself, knowing Imhotep will bring her back from death. Um, little problem ... as he’s performing the resurrection, Seti’s body guards, the Medjai, interrupt this resurrection, leaving Anck-su-namun stil dead. They perform a cursed a burial on Imhotep, dump scarab beetles in the coffin, & leave him not dying but being eaten by the scarabs (also called dung beetles) forever. They also mummified Imhotep’s priests alive, too. Wow, these guys were really hard core. 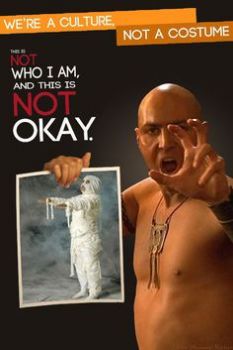 Flash forward to 1926, Jonathan Carnahan (kinda a ne’er do well), brings his sister Evelyn a box he, um, found. Evelyn is, wait for it, a LIBRARIAN! She also wants to be a Egyptologist. Jonathan confesses he had stolen the box from adventurer Rick O’Connell.Rick has found the artifact while with the French Foreign Legion some 3 years before. The siblings find Rick in prison, get him out. Off go the trio to find the lost city of Hamunaptra. They meet an American team also searching the area for loot, er, artifacts. An old acquaintance of Rick’s, Beni, is leading the American troop - he had deserted Rick during the fight 3 years earlier. So, both teams stay. The “juicy” mummy is found, with the scarab beetles. Evelyn reads from the Book of the Dead in the box Rick had found (& Jonathan had stolen). had found. She accidentally awakens the mummy to life. The Medjai interfere, trying to keep Imhotep in his coffins, but he manages to escape & kill the Americans 1 by 1 to make him look more human. He brings back the plagues of Egypt. 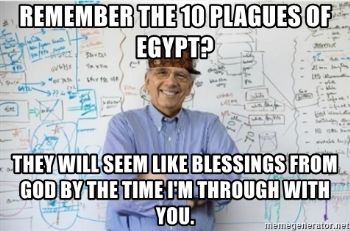 Yada, yada, yada, the Medjai & our trio work together to put Imhotep in his mummified state. I’mhotep is making an army. He wants to revive his lost love. He kidnaps Evelyn to sacrifice for Anck-su-namun. Fights, an army of the dead priests, Rick & Imhotep fight. Anck-su-namun betrays Imhotep, who falls into some sort of perpetual torture pit.
Beni steals as much of the gold artifacts he could carry & loads it on camels. Not being too bright, he triggers a trap, laughing about Rick being trapped, but Beni is actually on the wrong side of the trap. He’s eaten by the scarab beetles. Bye, Beni. Our trio escape on the camels. Yay! 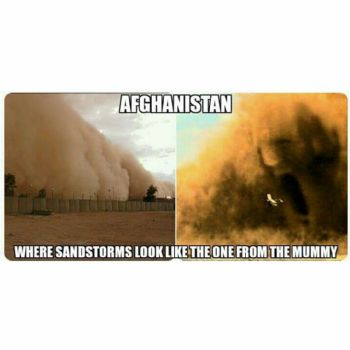 King Tut, Steve Martin
Not used in the movie! 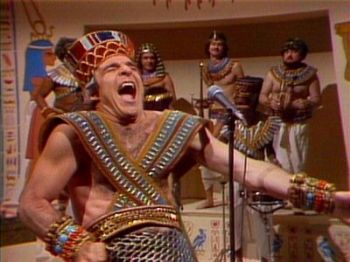 King Tut (King Tut)
Now when he was a young man,
He never thought he'd see
People stand in line to see the boy king.
(King Tut) How'd you get so funky?
(Funky Tut) Did you do the monkey? 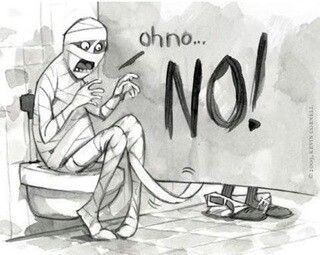 Born in Arizona,
Moved to Babylonia (King Tut).
(King Tut) Now, if I'd known
They'd line up just to see you,
I'd trade in all my money
And bought me a museum. (King Tut)
Buried with a donkey (Funky Tut)
He's my favorite honky! 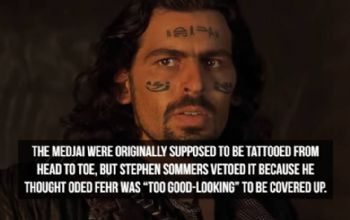 Born in Arizona,
Moved to Babylonia (King Tut)
Dancin' by the Nile, (Disco Tut)
The ladies love his style, (Waltzing Tut)
Rockin' for a mile (Rockin' Tut)
He ate a crocodile.
He gave his life for tourism.
Golden idol!
He's an Egyptian
They're sellin' you. 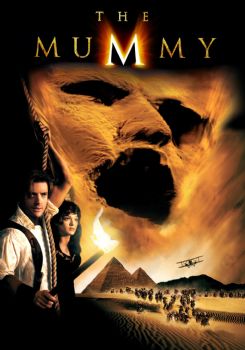 Now, when I die,
Don't think I'm a nut,
Don't want no fancy funeral,
Just one like ole king Tut. (king Tut)
He coulda won a Grammy,
Buried in his jammies,
Born in Arizona, moved to Babylonia,
He was born in Arizona, lived in a condo made of stone-a,
King Tut 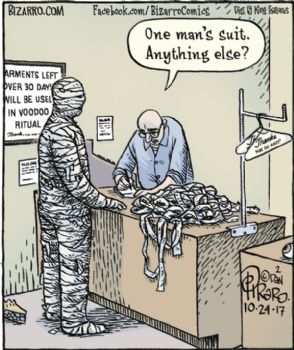 (And did I panic? I think not!