Back in 2007, I visited a website for a rescue shelter in my area. The month prior I had lost a cat that I loved so much, and the family was wanting to bring more fur baby joy back into the house.

At the urging of them, I visited a website for a local rescue shelter to see what they had going on. Much to my delight, there was a picture of two little kittens they had and my heart went flip flop.

I completely expected for these two to be gone by the time I was able to go to the shelter. Again, much to my delight, when I arrived they still had them both. My original plan was to adopt one of them, but I wasn't sure which one. I looked at them both in their cage, and noticed very distinct personalities. One was striking out at me, trying to paw me. The other was more huddled back in the far corner of the cage, acting a bit shy.

The shelter's contact person told me they were having a "2 for 1 Deal." Buy one, get one free. The children's eyes got all starry, and the expected "Please Mom! Please, Please, Please, Please can we get both" began coming from their mouths.

So we got two.

I named them on the spot. Stryker for the boy who was reaching his paw out, trying to strike me. Shyloh for the girl, who acted all shy and stayed to herself in the back corner. 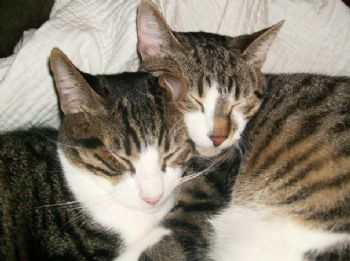 These two were hilarious. They would run all over, jump off of anything they could get onto, tackle one another and wrestle into submission. They walked on the outside of the railing of the staircase (which was terrifying for me as it was a long drop) until I found ways to barricade it...which they just found their way around.

The girl cat though, she was a snuggler. They were 3 months old when I adopted them, so they were still quite tiny. At just a few pounds, Shyloh was able to crawl up onto my shoulder and lay there sleeping. Stryker would try, but it just wasn't his thing.

After a few years, Stryker developed leukemia and had to be put to sleep. Devastating day that was, as it was the day after my son's birthday. After a few days, Shyloh began realizing her brother wasn't around anymore, and began a ritual of a crying-meow at 4:00 am, every single day for about 1 month.

I had compassion for her and it taught me so much about the cat world, and the feelings they truly feel.

Shyloh was my furry soulmate, my side kick for almost 14 years. She stood by my side as I dealt with life, rebuilt my life and learned to love my life. All the while, just following me around, purring away, rubbing her face on everything that was taking attention away from her, wanting to be fed and watered, and oh yes, clean my litter as often as possible, too.

Shyloh passed away yesterday, on my son's birthday :( She had been having issues on and off over the past few months. Older cat issues. It was her time to go. She waited until I got home from work, came in and checked on her, told her I loved her and petted her one last time. Then she opened her eyes, reached up her head and nodded it a bit. Then laid it back down.

Then she was gone.

Our fur babies bring a joy that is unmatched. I'm so grateful for our 14 year journey together. I can only hope others get to have a love like what I shared with this little girl. I will miss her, but I know she's in kitty heaven and feeling marvelous now. 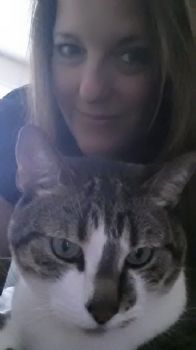 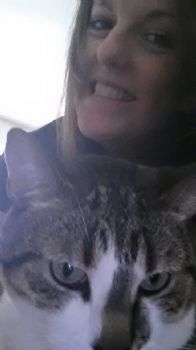 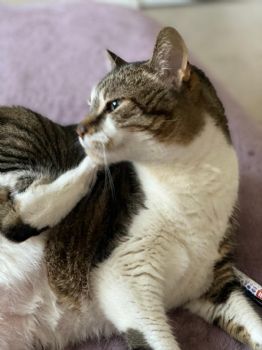 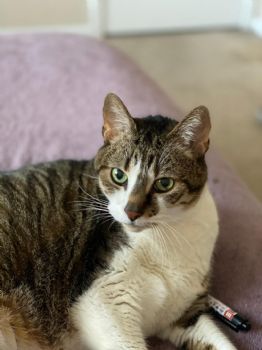