There's this band from the 90s called Stiffs Inc that no one's ever heard of but that I love. On their second album, they had a song called "I, New." The band's lyrics were a mash of multiple film and literature references from the first half of the 20th century (they were once described as "the Sex Pistols with an English degree), and this song is full of all sorts of wordplay. At one point, it says, "I need a new me." When I first joined Spark in 2011, I titled my page "I, New" because of this line and this song. It made perfect sense given the transition that I was trying to achieve.

Those early years were great: 2011-2013, losing weight and reaching my goal of 100 lbs lost. The next couple years, maintaining that loss. Then came all the broken stuff and disordered eating and binge-drinking and using food and weight gain as personal punishment. I topped out at 80 lbs regained and have been holding in the same +/- 5 lbs for the last 4 years. There was probably never a time in all those years that I wasn't trying in some way to lose again, but to be honest, my efforts never could have been successful because I was missing a crucial element: myself. If you've every been through major trauma and had your sense of self completely destroyed and wiped away, you'll understand this. Without a sense of self, you have no YOU to hold onto. You don't really inhabit your body, because you don't really feel like you exist at all. This is where I've been for years now, boxed in by a PTSD cycle that I couldn't break through. As the song says, I needed a new me.

But I am here now. A month ago, I broke through a wall, and for the first time since 2014, I feel like I inhabit my own body again, rather than existing as a shadow of a former self. I have purpose and direction and determination again. A month ago, I wrote this in a private journal, and I'm putting it here as a reminder as I start from scratch again:

***I've basically spent the last five years living on quicksand, moving as little as possible so I don't sink. I WILL NEVER BE ABLE TO RELY ON MY OLD FOUNDATION AGAIN. That foundation is gone. The world is not the same place as it used to be, and it never will be again. That is fact, plain and simple. I will never be the person I was before the trauma. But I'm not going to be a trapped animal any longer. I'm building a new foundation, because I am strong. I'm strong enough to have survived five years of living on quicksand, strong enough to keep myself alive all that time, and I'm DONE spending my strength on survival. I will claw my way out of this pit. I will speak when I need to speak, yell when I need to yell, and turn my new house into a home that I actually exist in. And if things break apart this time, I'll be the one doing the breaking, because this is MY choice: I'm not going to be the broken thing hiding in the corner anymore.***

Y'all, this is my new journey. I don't think there's really anyone here on Spark that I used to know back in the 2011-2013 days, and since I deleted my first account in 2015, I really can't even check if that's true. Doesn't matter. New journey, new friends, new start, new me. I, new. 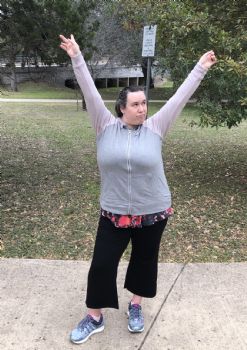 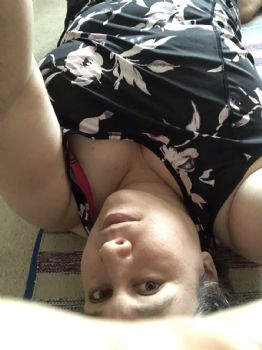