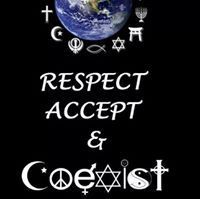 Most people think that 20/20 vision is perfect vision. It is not. It is good vision and actually means is what the average good sited person sees at 20 feet you see at 20 feet.

Visual acuity: Is “20/20” perfect vision? https://www.allaboutvision.com
/eye-exam/2020-vision.htm is a good article explaining it. I even learned something specific that I didn't know. when I was little I guess I had good vision. I don't really know. That at 20/200 you can not see the Big E you are legally blind. More on this in a bit.

I was just wondering what you wanted your vision of the next year- the next decade and beyond to look like. Good or average? Or better than that? I pray for a world that is better than it has been.

I want a world that is cherished and respected by people. That people are not driven by hate and the extremists learn that there is no future in behaving in such a hurtful way to other human beings. I want a time when people finely can accept science and can learn to take care of our resources and inhabitants and be compassionate.

I want a future for my grandchildren that is a world of beauty in nature and can survive without hurting other people's chances of survival.


Highlights of my vision history:
What I do remember is sitting in the car with my parents when I was 10 and telling them that I thought I needed glasses.
I did and took my mother's advice and got glasses I really didn't think looked that good. Red and white striped with a star in the corner of the frame. I even remember one of my guy classmates telling me he liked them. It still didn't make me like them any better. Anyway... through out the years my eyes got worse and I got hard contacts. I did try soft contacts for a short time later but my vision was not as good in those.
Fast forward many years. RK surgery was being offered but I was told that procedure wouldn't do me much good- but that another procedure was being worked on. I waited and I was lucky enough to be accepted into the FDA study for the procedure that was only being conducted in three places in the united states.
My mom had gone with me and asked the doctor how bad my eyes really are... asking for numbers. He replied, "She can't see the big E so the numbers really don't matter." One of my eyes was 20,1300 and the other 20/1650. Insurance considered the procedure cosmetic surgery and I spent $2500 an eye to having it done. If my glasses had fallen off of my nightstand I couldn't see to find them and would call my daughter and ask for help.
I didn't know until I got there if I was going to have one eye or both done at the time. I ended up only getting one done and I would have thought I would feel some imbalance - like it did when you didn't have one of your lenses in your glasses. But It didn't. I sat up and could see. It was the most amazing thing in the world. I then had the other one done a while later. My eyes regressed as I was told they probably would and I ended up having them done a second time later that year. When tested my site was 20/15. It was even better than the first time- I could see details that I never could before- the way leaves were shaped and so much more.
Years went by and my eyes regressed again but not how they were and I got glasses and contacts again. I couldn't have the procedure again because there was not enough cornea left. I thought that was it. Then 4 years ago I was at the health benefits fair and stopped to talk to one of the eye providers in the area and was informed that there was a possibility that another procedure might work. I was able to have that done but only had one eye done at the time so now I have monovision where I use one eye (my dominate one) for long-distance and the other I didn't have the procedure done and I see up close with that.
It is so amazing how the body just does the switch automatically.

I won't go into detail on how the different procedures are done. But it is interesting to know that RK and the potential it had was learned because of an accident in Germany when I boy was hit in the face with a football and his glasses, which were made out of real glass shattered. When his eyes finely healed he didn't need his glasses anymore.
Share This Post With Others
Report Inappropriate Blog
Member Comments About This Blog Post