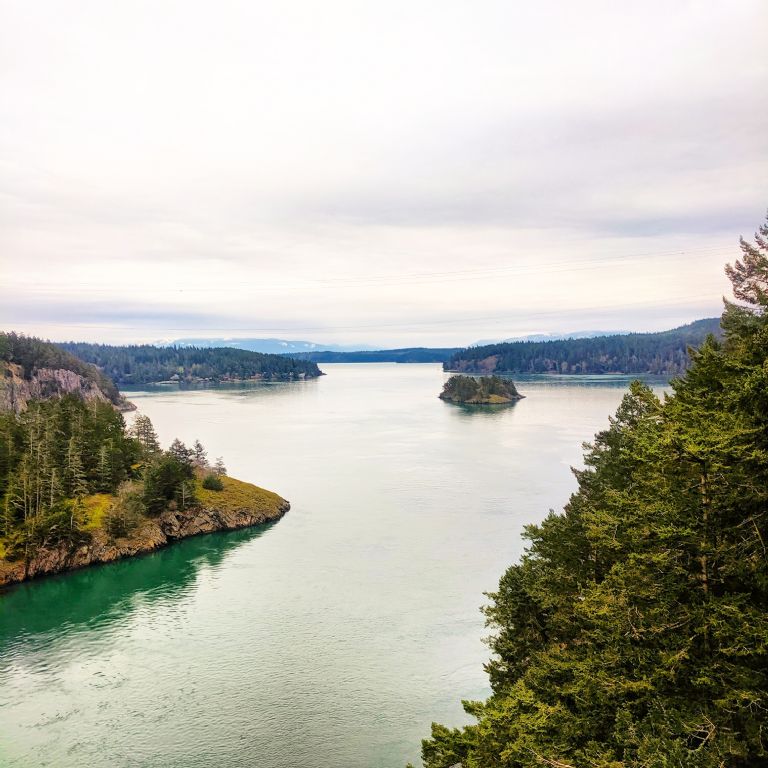 On the final leg of the quarter. I have my last exam in history today and my final poster presentation for my science communications class. Then, just need to study a bit each day in advance of my math final on Monday (at 8 am, which should be illegal...).

There is a slight chance that I won't get a high enough grade to pass on to the next math class I need. I've found peace with this. If I don't pass, I take it again, plain and simple, until I do. I've come to far to let one class do me in!

It will be frustrating if I have to re-do this class. It will also mean that I will be spending an extra quarter in school. Not the end of the world, but not what I was planning on. The good news is that my struggles have meant that I learned a lot of new study strategies and habits, as well as sought out some great resources, so that I will struggle less in the future.

It's not that I don't get angry, frustrated, sad, or down. I have bad days. But I'm a person of action, a planner and an organizer in the very depths of my bones. So after venting out my frustrations my style is to get down to work to creating and implementing a new plan.

For example, when I was 22 I lived in my car for the summer while I saved up money to move into my own place. I was underemployed and couldn't afford the deposits and everything needed to move out of my ex's place. I ditched all my stuff but a few boxes that fit in the trunk of my Geo Prism. I worked until midnight most nights, racking up as much overtime as possible, then I would hang out in a coffee shop and plan my next move. Once morning traffic got started around 4 am (this was a larger city), I'd park in a church parking lot and snooze until 10 am or so. Then a quick stop at the gym of my community college to shower. On the weekends I could usually find a friend's couch to crash on, and working at a restaurant meant I had all the food I could eat.

It wasn't great, but in a way I'm glad I have that experience to look back upon. I know it has made me kinder. I know it made me scrappier and tougher -- I can handle just about anything thrown my way. I know things can be worse, and that often what we think is the worst isn't really that bad.

I had some fun, too. Not being tied down gave me new freedom. When a river guide tipped me out with several free passes for white water rafting three hours south of us, I planned some weekend trips alone. I camped out in my car in a strange town, then had a blast on a river with a bunch of strangers. When all my friends had expensive weekend plans that I had to forego, I'd run off to the mountains and hike and camp in the woods alone, shocking everyone for some reason (probably because girls don't do that sort of thing). I learned my limits and what I was capable of. I talked to strangers and to strange people. I broke down my own fears and innate prejudices, and emerged better for it.

Within three months I had a deposit along with first and last month's rent. I moved into a decent apartment close to my job and continued on with my life, none the worse for wear from my summer adventure. So sometimes, when I think things are tough or that they can't get worse, I remember the time I was homeless and how it wasn't bad -- in fact, a lot of good and personal growth came out of it. (Note: I was better off than a lot of homeless people. I had a job, a car, and a support network in my friends. I did not have addiction or health problems, and my mental health issue is not so severe as to interfere with normal functioning.)

All this to say, stuff can be hard. Sometimes we excel in the face of challenge, and sometimes we have to back down. Backing down is not the same as giving up, though. It's the holidays and we all have a lot of goals -- family goals, entertaining goals, health and weight loss goals. Sometimes they won't go as planned. Sometimes you will fail and have to regroup. Backing down, taking a break, and reassessing is not the same as giving up. You (and I!) will get through this.

Let's just enjoy the ride, both the ups and the downs. Whether it's finals, weight loss in the face of holiday excess, or the emotional difficulty of the season and short winter days, we can get through this and come out better on the other side.
Share This Post With Others
Report Inappropriate Blog
Member Comments About This Blog Post