I spent Thanksgiving in Phoenix with my brother Geoff and family. It was delightful to spend time with them. 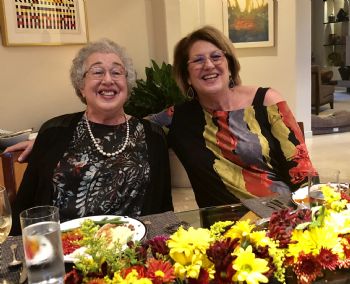 It was delightful to see my nephew Stephen and his girlfriend Chloe again. We got very close when they were living here in Oregon. They both have new jobs in Albuquerque New Mexico, and they seem very happy in their new location. 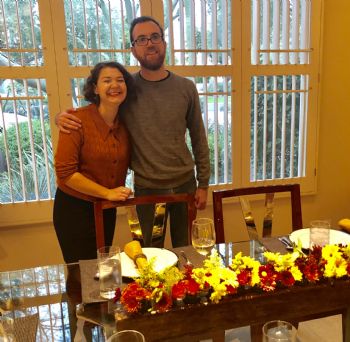 My sister-in-law asked them if they had any marriage plans; Stephen told her that they are thinking about it but are in no hurry. 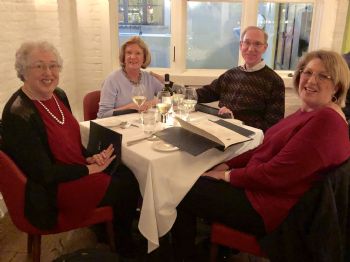 Me, Geoff, Mary and Mindy at a restaurant

Mary invited us on a new adventure, a Segway tour of historic old town Scottsdale. The guide trained us in how to control the Segway and we practice in a parking lot before setting out on the tour. It was a lot of fun! 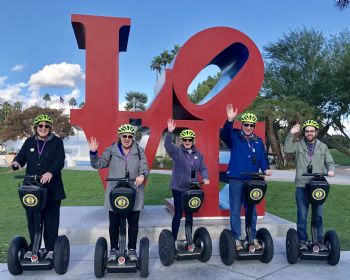 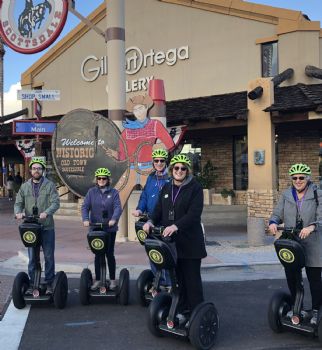 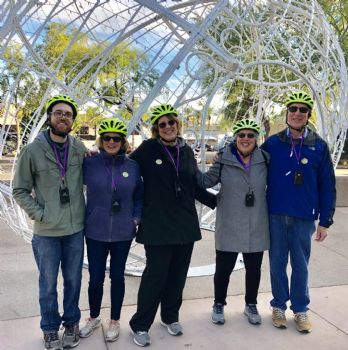 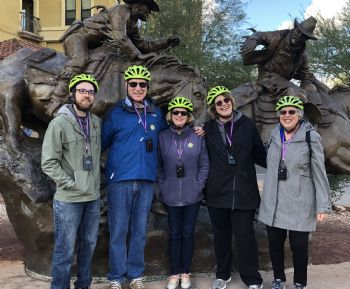 We also visited the wonderful Heard museum in Phoenix. They had a special exhibit of David Hockney‘s artwork, images of Yosemite that he painted with an iPad painting program. Here are a few photos from the exhibit. They also had iPads set up with the painting program, so visitors could create their own artwork. My family did not want to spend time playing with the iPads, but my inexpert doodle is now in the archive of visitor created art. I think I matched the skill of the eight-year-old seated next to me! 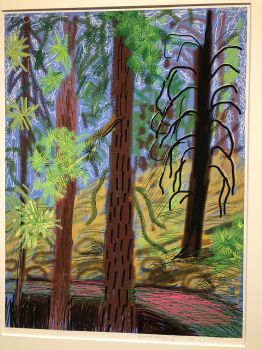 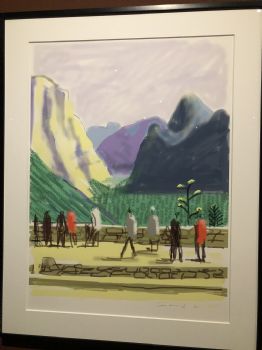 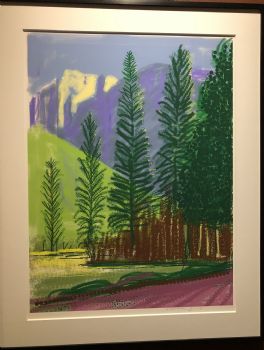 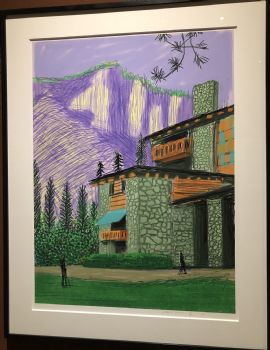 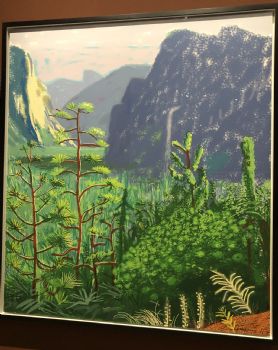 The Hockney exhibit was paired with exhibits of baskets created by native Americans in the Yosemite region. These were equally impressive. 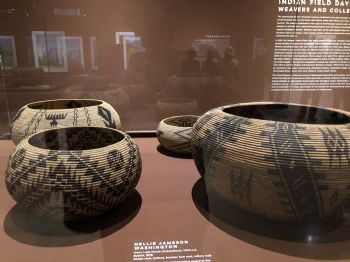 My favorite basket included bear grass among the materials used in its creation. Bear grass grows prolifically in the Cascade Mountains near me. 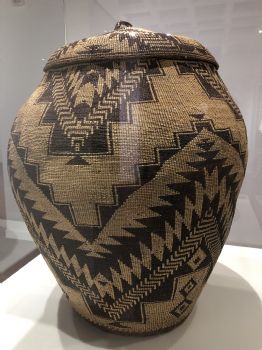 I love the dramatic landscape in this area of Arizona. Geoff and Mary had recently re-landscaped their yard. It was beautiful and dramatic. 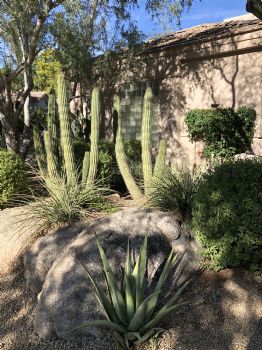 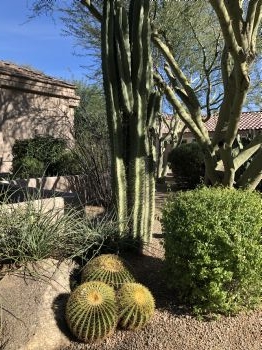 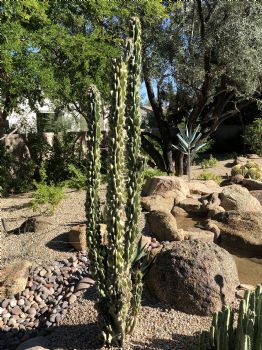 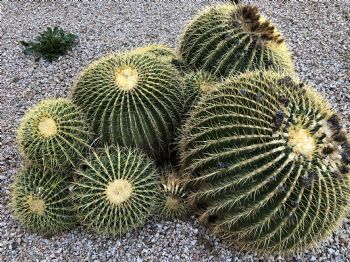 Mary, Mindy and I walked daily. The weather was cooler than normal, so walking was very pleasant. I did over eat, but I did not gain weight (whew!). I met my goal of losing 5 pounds for the month of November.

On my last day of our visit, we went to the movies and saw Tom Hanks in A Beautiful Day in the Neighborhood, based on a meeting between Fred Rogers (Mr Rogers) and a reporter from Esquire magazine. We thoroughly enjoyed it.