Got Wrenching Memory and Tribute 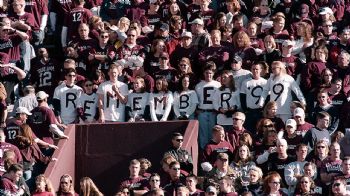 (in the stands at this week’s football game)

Exactly twenty years ago today, a terrible tragedy shook the campus of Texas A&M University when the student built bonfire collapsed killing 12 Aggies, and injuring 27 in the early hours of the morning.

An Aggie tradition since the 1920s, the typical bonfire took students months to build and was an engineering masterpiece, rising some 50-60 feet before being readied to burn. 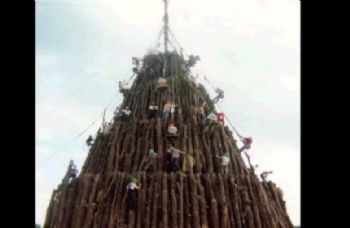 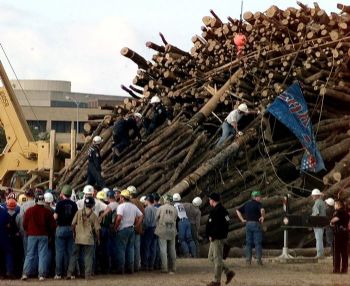 That night something went terribly wrong and the tons of logs collapsed, crushing some students, trapping some, and sending some to the ground.... a horrible, terrible tragedy, and emergency personnel raced to rescue those surviving. For hours they would release news updates that gave only small details... they knew it was bad, but nobody knew just how bad it was. 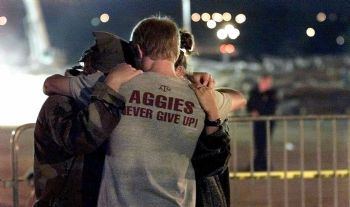 students flocked to the site and comforted one another when there was nothing else they could do... classes were called off as the whole campus dealt with their shock and loss.... and the administration did what it could to find out who was still missing or unaccounted for.

Just remembering that day is flooding my tear ducts... I didn’t hear about it until 6:30 or so the next morning, when my sister called to ask if my kids (students there at the time) were OK, and I scrambled like every other parent to find out if my children had been involved.... cell phones were not common and the finding of our collegians was agonizing.

Details began to trickle out, worse and worse, sadder and sadder... the names of the casualties, their majors, their hometowns, their enormous potential snuffed out so suddenly in the midst of something they were so committed to that they were out in the middle of the night working on it... I grieved for them. I grieved for their families. ... obviously, as tears Dribble down my face, I still do.

A starkly simple memorial sits on the spot of the tragedy, a quiet spot for reflecting, with portals pointing toward each of the fallen student’s hometowns. 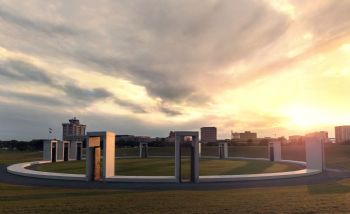 It was twenty years ago today, and early this morning, at exactly 2:42am to coincide exactly with the collapse, thousands gathered at the Bonfire Memorial to remember. 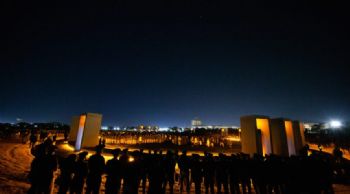 And this weekend, at the A&M vs. South Carolina football game, they observed a remembrance ceremony.... and the students, most of whom had not even been born yet when it happened, learned and participated in our corporate acknowledgement of one of the darkest experiences in Aggie history....

Books have been written and a documentary is coming out soon, and legal arguments will stretch on, but the human heart feels the pain, and somehow finds strength to go on.
Share This Post With Others
Report Inappropriate Blog
Member Comments About This Blog Post