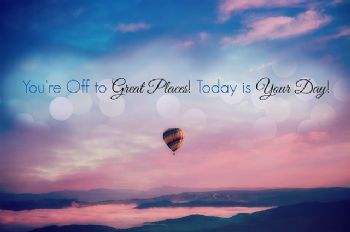 "You're off to great places! Today is your day!" 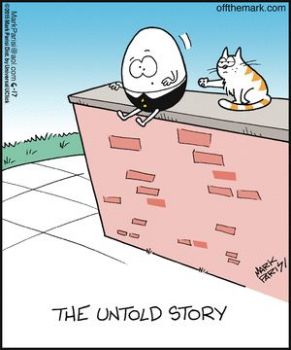 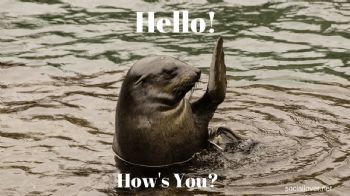 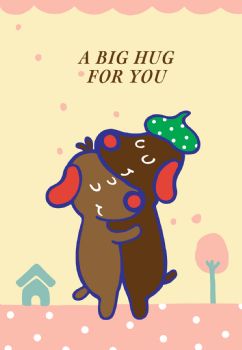 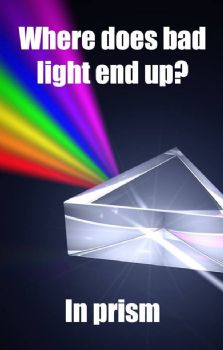 Husband: "Oh, the weather is lovely today. Shall we go out for a quick jog?"
Wife: "Hahaha, I love the way you pronounce 'Shall we go out and have a cake'!"

It's Mickey Mouse Day! A creation of Walt Disney and his artists, Mickey Mouse debuted in "Steamboat Willie" in 1928. He was first named Mortimer but one of the wives convinced them to choose a different name. It's also considered Minnie Mouse's Birthday as she also debuted in "Steamboat Willie".
--Apple Cider Day: a salute to a delightful product of apples, fermented or un-fermented; it take about 36 apples to make one gallon of cider; Caesar's troops are said to have brought apple cider back to Rome from England around 55 BCE.
--Married to a Scorpio Support Day: today is a day of support for the spouses of Scorpios; those born in the sign of Scorpio, Oct.23-Nov.22, can be difficult to be married to as they tend to be rather intense.
--National Princess Day: this day has evolved over the years, just as our perceptions of a princess have changed from the damsel in distress to the strong independent woman; from nationaltoday: "The definition of a princess is constantly changing. From the 1930s until the 1990s, princesses were meant to be saved by a prince and live happily ever after. Nowadays, princesses create their own happily ever after, save the prince, and then put the prince squarely in the friend zone. So basically, embodying a princess on National Princess Day is to embody, what the kids call, the G.O.A.T (greatest of all time). The first princess to come to our tv screens was Snow White in 1937’s Snow White and the Seven Dwarfs. Based on the fairytale by the Brothers Grimm, this movie was also the first full length traditional animation film as well as the earliest Disney animated feature film. When Xena: Warrior Princess came out in 1995 and Mulan was released in 1998, they showed everyone that a princess can do more than wear a pretty dress. These two iconic women let children everywhere know that a princess can also be a strong and adventurous warrior. New wave princesses like Moana and Frozen’s Elsa show us that you can still be a princess while maintaining your independence."
--National Vichyssoise Day: a salute to a thick, French-style soup of potatoes, cream, chicken stock and spices; this soup was invented in America by French chef Louis Diat, in 1917.
--Occult Day: today is a day to celebrate the mysterious and hidden; get your palm read, dig out the ouija board, or get a tarot card reading.
--Push-button Phone Day: today celebrates the first touch-button phone commercially available in 1963; designed by Bell Labs, the prototype was displayed at the Seattle World's Fair in 1962; each button had its own frequency and ambitious folks would later create music books of songs that could be played on the phone telepad.
--William Tell Day: a salute to a national folk hero of Switzerland; according to one of the legends (from wiki), [Gessler, a regent,] " raised a pole under the village lindentree, hung his hat on top of it, and demanded that all the townsfolk bow before it...on 18 November 1307, Tell visited Altdorf with his young son. He passed by the hat, but publicly refused to bow to it, and was consequently arrested. Gessler was intrigued by Tell's famed marksmanship, but resentful of his defiance, so he devised a cruel punishment. Tell and his son were both to be executed; however, he could redeem his life by shooting an apple off the head of his son Walter in a single attempt. Tell split the apple with a bolt from his crossbow. Gessler then noticed that Tell had removed two crossbow bolts from his quiver, so he asked why. Tell was reluctant to answer, but Gessler promised that he would not kill him; he replied that, had he killed his son, he would have killed Gessler with the second bolt. Gessler was furious and ordered Tell to be bound, saying that he had promised to spare his life, but would imprison him for the remainder of his life."; the story continues that Tell would eventually escape and kill Gessler with that second bolt which would spark a rebellion and lead to freedom in Switzerland.