A trip to Seoul, Korea 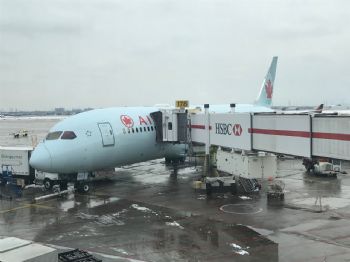 Son #2 , the Air Canada Pilot, is en route, from Seoul. Korea, to Toronto--
This was his plane loading up, to go there--- 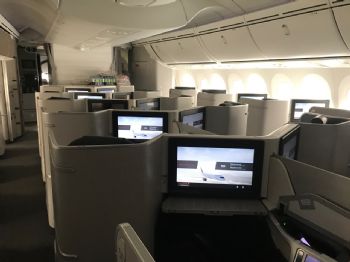 He took pictures of the "Pods" , as he calls them---in Business Class---your own little room---
The flight is long, so it must be nice to have a "sorta " bed, on the Aircraft -
---4 Pilots to get this aircraft safely there---

He said, as they were landing, their plane was hit by lightning--then went on to tell me that aircraft are equipped with sensors (or something) on the wings--so the lightning just rolls off the plane----as long as they are in the air --There was no damage--but of course, it was all checked over before heading back-- 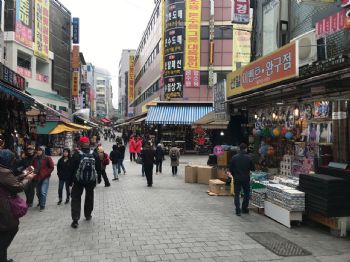 This looks like a market--He was out for a walk--
And of course, being Chinese, he sent multiple pictures of meals he had there- 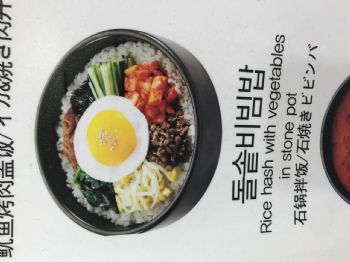 Now I must get Tess out for her walk--It is minus 19C--- VERY COLD!
and-- hopefully I can lug this body down onto that Dreadmill for 10 minutes before vacuuming--
Oh--the eyeballs , after that Lazar surgery seem good-- amazing what modern medicine does!
Lord love a Duck! 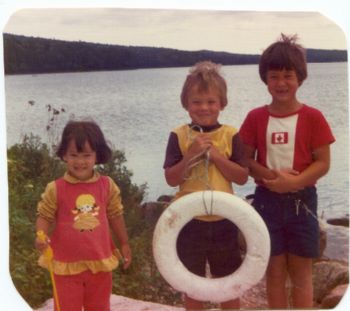 the little blond boy was son #2 the Air Canada Pilot--
Look at what these children grow up to be!
Share This Post With Others
Report Inappropriate Blog
Member Comments About This Blog Post