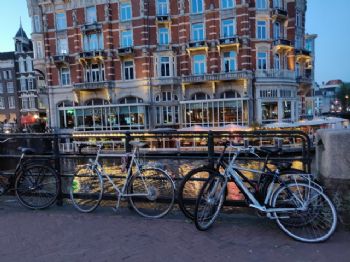 I went to a coference, GTDSummit.com in Amsterdam on Thursday-Friday last week. I rented a bike at the train station, and I biked to the conference venue, to the hotel, to the evening drinks, and so on. 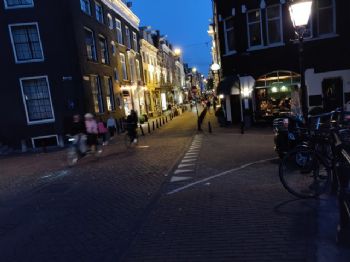 What I noticed how silent the city is.

Amsterdam is one of the busiest, most crowded, most densely packed cities in Europe.

But instead of the constant whirling of engines and tires screeching, what I heard is mainly hush-whosh-and chatting of people.

Here, most people go by bike.
The city is so silent.

Such a different quality of life.

On my way to the hotel and back, I just took a few pictures, and rode as locals do. In fact, random pictures, not specifically selected to demonstrate how different this city is from the rest of the World, just pictures.

I did like everybody would do, take the shortest route from my place to my destination.

This is one of the outside parking areas at Amsterdam Centrall, the main railway station. 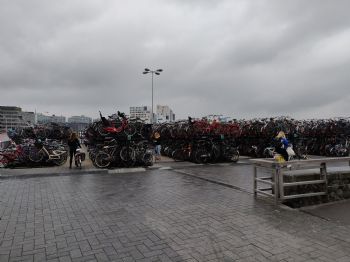 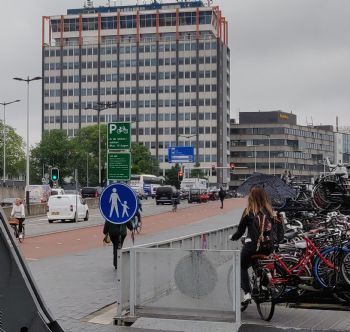 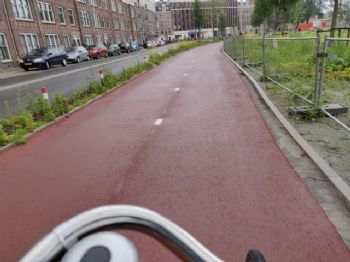 Here you are a few pictures of the morning rush hours when I went from the hotel to the conference venue. It was an easy 30 min ride. I went trough one of the parks, it felt like a "highway". I started to count the people riding a bike, but after some time I just gave up, it made no sense.

I pictured the same amount of people, each of them driving a car alone. It would be just any traffic jam in the morning in any big city nowadays.

100 people riding a bike is practically nothing in such a cycling highway in a busy morning. The same 100 people driving a car is three full streets packed full of cars and nobody can move.

Intersections are well organised for driving through by bike - I felt safe all the time. 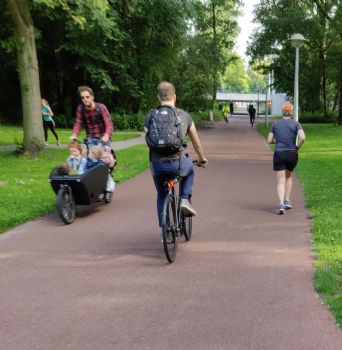 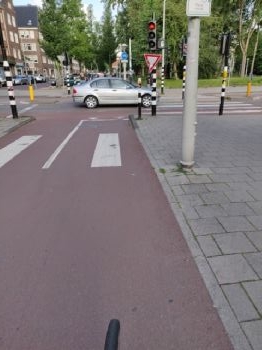 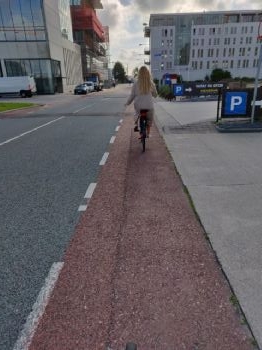 When the conference has finished on Friday evening, we had some final networking drinks, in one of the bars of that industrial-working-zone complex. I found a parking garage of an office building for bikes - I have never seen something similar before.

This was just a leftover space, that they quickly converted to store about 200-300 bikes, inside and outside around it. Imagine the building space and the money investment needed to store the same amount of cars in the same land area. 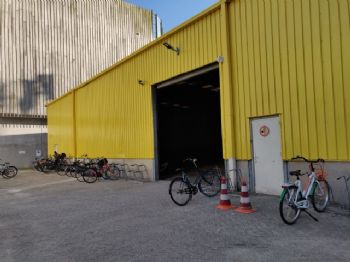 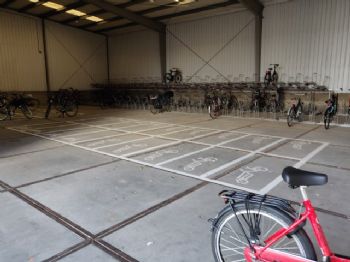 In fact, I don't find that Amsterdam as the best place to ride a bike, or to live. I found Utrecht, Nijmegen, Rotterdam was much better for commuting by bike, but those are all smaller places. As a big metropolis, I think this is the best on offer for biking on this planet Earth. Yes, I have explored also Copenhagen, and I liked it, but my personal vote is for Amsterdam.

Otherwise, what stands out for me in Amsterdam are the canals and ships all over. 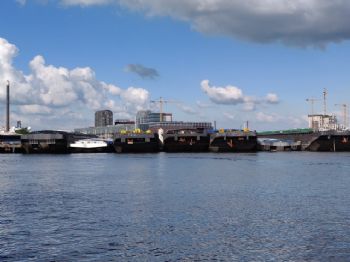 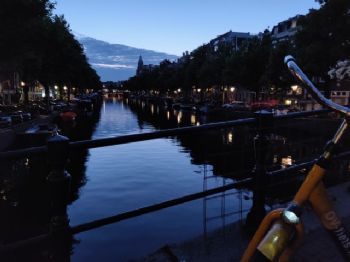 Have you been to Amsterdam?
How did you like it?