Recovering From an Injury on the Comeback Trail 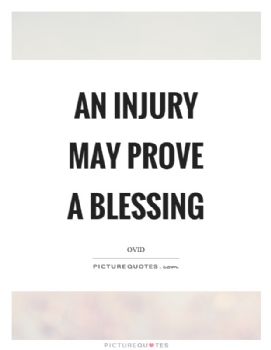 Well, I injured my right foot a couple of days ago!

Yes, yes and during the food filled holidays. So I had the exact same injury last August and that's when I decided to see the Dr. and after some prodding from my Spark Friends.

Saw the doctor and he said I need to replace my orthotics with new ones. I didn't replace them soon enough.

Gotta check these things out!

Y'know when you say "Yeah, later, later..." Well, don't do that. Take care of it now. I feel much better today. Recovery was faster this time around than last time. I think it's because I've been doing ankle physiotherapy exercises that I've continued to do after I saw the physiotherapist a few years back for the past month. AND I've iced it: Ten minutes ice on, then minutes off, for 3x so it would take 30 mins. I did that twice the day i went to the doctor's office and I decided to stretch the ankle with rotations a couple of times throughout the day. Extra Strength tylenol helps with swelling, inflammation and not just pain. Brings it down. Still some stiffness and minor pain today not as much as last time. Hoping to tackle resistance training with the band and bike if you don't see me with my Fitbit reports on the Community Feed

DON'T GIVE UP THE SHIP!

Honestly, I was snacking on Christmas snacks in my physical state and no cardio...Not a wise decision. I'll just follow you guys and be healthy!

Here's to being Healthy over the Holidays

Merry Christmas and all the best for 2018! Looking forward to SparkPeople 2018!