Update on Emma, the family and my foot.

God is so good! They found a foster family for Emma who had already been through all the certification processes, the classes, the interviews, etc. This couple does not have any other foster children and according to social services, they only want the one. This is such a blessing as Emma was being overwhelmed by the other two children which might explain the violence. It took a while and DD and family did not have much in the way of notice - enough time to get all Emma's stuff together except what was in the dirty laundry - but they came and got Emma Monday (the 7th) morning. DD had already left for work and I guess it was a very quick thing. Her DH isn't saying much about it - I imagine it was a hard thing for him to go through. They are hoping for a call from the new family so they can get the rest of Emma's things to her. They are still debating about whether it's a good thing or not for them to stay involved in Emma's life in any way. I am praying for the whole situation.

Dennis (grandson) and Damara (granddaughter) are not having a problem with Emma being gone. In fact they are over the moon happy right now. Dennis loves not having everything he says and does - good or bad - reported to whatever adult might be around. Damara loves not being hit all the time. I'm not sure they will have any problems later either. Emma has been in and out of their lives for weeks at a time since they were all babies. It may hit Dennis a bit later, especially if the family decides it's in Emma's best interest for them to back out of her life completely. Damara I believe, is young enough to have it be a very distant memory if it even stays with her.

DD has been pretty miserable at her job for quite a while now. Her immediate boss is not keeping up with her end of things which means that DD cannot keep up with her end of things. This is an untenable situation and very stressful. Well DD heard of a job opening last week. She would have to take quite the pay cut but the stress load would be so small compared to what she's been doing - it's doing the same thing - working in the tax law industry. She went ahead and applied. Interviewed with the owner of the company and found out yesterday that the job is hers and she does not have to take a pay cut due to her experience in the field! She is working out her two week notice and will start her new job on the 21st! God is so good!

DH and I have been watching the grands for 3 or 4 hours on the weekends so that DD can have some time without kids. Last weekend, it worked out that son-in-law was off too and it gave them a chance to talk about how the family dynamic as going to change. This week we are going to do a cookout either before we babysit or after DD gets back. So either for lunch or dinner. My confidence about my ability to do this is rising after each week that we do it! I have been unsure about my ability to have patience enough to handle 2 (and the last couple of times it was 3) small children. It was actually a combination of things that put this to rest for me. While on the phone with DD she is naturally interrupted by the kids. She always asks them an obviously facetious question and then gives them the answer: "Are you gushing blood or are there any bones sticking out? No? Okay you're fine now leave me be!" Of course she is checking them out to be sure there is no damage of any kind! Oddly enough this hit a bell in my brain and it came to me that there actually is no emergency I can't handle as long as there is no gushing blood or bones sticking out and in that case, you call the professionals! Then my whole 'tude has been going through quite the transition to whit: so many things just slide off my back that used to bug the daylights out of me! A song comes to mind: "I don't care what you say anymore this is MY life! Go ahead with your own life and leave me alone!" So the little things that the kiddos used to do that drove me batty, don't even make me blink anymore! A truly fantastic Spark Friend of mine told me I needed to find my inner child and go with it! I think I'm finding it!! Then there is God - have I mentioned that He is SO good??? He and I have been having these talks you see, and I am gaining a peace that I have never known before. Yes, yes I've been a Christian for many years now but there were things blocking my communication with the Lord. Those are one by one, being swept away and as they are the peace comes in and with peace - patience! So now I have the confidence that I can manage two little ones for several hours without any of us having a nervous breakdown!

I'm also still very excited for Dennis to spend the night but DD (rightly) wants to get him settled into his school schedule first. I've been doing some thinking and I've figured out how to give DD and son-in-law a date night. Damara can't spend the night yet (too much a mama's girl) but she doesn't mind being away from family for a few hours. So we can do a weekend where both Dennis and Damara come over and stay for a few hours and then at the end of the evening the 'rents come and get at least Damara. Dennis will depend on how long it's been since he stayed the last time.

Now for the foot. The splint was working really well until the itty bitty piece of velcro they put on there quit working. Now I'm waiting for some velcro (Amazon) to come in so that I can slap another strip across the the thing and make it work again. I also ordered another splint (which was 8 bucks cheaper than at the doctor's office) so that I can wash one while wearing the other. The PT has gone swimmingly. I can't bend it any further down because the composition of the foot does not allow it to be done! It barely hurts to do it anymore and I can do it without using my hands! The joint still hurts something fierce but we have until December to see how that goes. God is good! 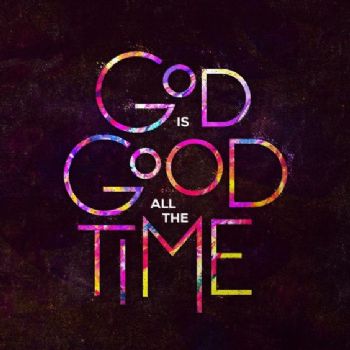