A couple of drowned rats!

Sheila and l tried walking around the village pond and along part of the banks of the gypsey race, known locally as becksies, yesterday.
l managed quite well but l also have arthritis in my right knee and it was playing up big time. l need to go for another corticosteroid injection into it and l think the time is about right now, talk about limping...lol...Hopalong Cassidy's got nothing on me!!

lt was bright but very windy when we set off, the clouds were scudding along at a rate of knots and even though the wind was very cold and we had to wear coats, we felt invigorated.
lt was one of those winds my dad used to call 'lazy'...too lazy to go around you so it cuts straight through.

The pond is down the bottom end of the village so rather than walk down we drove and parked up nearby.
There was no wildlife to be seen at the pond which was highly unusual, there are usually mallard ducks and a pair of canada geese who have five half grown goslings but they weren't about so we set off through the kissing gate onto the gypsy bank.
Five years back the village council decided to replace all the stiles with kissing gates and l've been eternally grateful for that, if it had still been stiles then there would have been no way l could walk the banks of the stream. l was looking forward to going back down there as this back problem has cut short my walking and l did so love to walk there before it happened.

The first part of the track is easy, nice and flat as the farmers use it to get to their fields, the bank is very low, almost negligible, and you can get right down to the water's edge. The stream is wide but shallow and gentle flowing, it's one of our country's famed chalk streams, always clear and clean, the sheep, cattle etc go down into it to stand and drink.
Yesterday, however, after all the rain we've had this last week-end it had deepened considerably and was rushing past foaming and frothing as it went along. The bank edges were boggy and wet with the buttercups and cuckoo flowers standing knee deep in water.

Passing through another kissing gate we crossed a wide field by its public footpath, the farmer is obliged to leave the three foot wide track as these public footpaths are ancient pathways between villages and cannot be moved or destroyed, there are annual walks by a preservation society who walk every pathway once a year to keep the rights to them.
The stream goes underground here and emerges again at the other side of the field...quite convenient for the farmer whose field is planted up with potatoes.

Where the water re-emerges tall variegated green reeds were being bent over by the current but there was a myriad of damsel flies fluttering and dancing above them, every now and then settling on the reeds, beautiful iridescent green banded demoiselles, all females hoping for a mate. They were so quick in flight but l managed a photo of one where it rested on a reed...so pretty in repose but also in flight as the dark bands on their wings create four little bottle green spots which seems to flutter as they fly, like little paddles swirling them through the air.

There is a conveniently placed fallen ash tree here (been there for about forty years, my children used it as jumping off place when swimming in the summer holidays...oh! the memories!) which l sat on to ease my painful back before setting off again through the long grasses and billowing swathes of delicate white Queen Anne's lace flowers which now lined the bank. Usually they are attended by butterflies and swarms of bees gathering pollen but today there were only a few desultorily going from flower to flower with their little saddlebags bulging with golden yellow pollen.
There is a shortage of bees, butterflies and insects in general again this year so l was feeling very lucky when l spotted a Small Skipper butterfly on a pretty purple milk thistle...and he kept still for his photo call...

We were nearing the old stone bridge now, we'd decided this was the turn back point for us, the hedgerow bottom was lined with pretty pink swathes of Rosebay Willow Herb, a notorious thug in the plant world, but very pretty nontheless.
l knew l could lean on the bridge parapet and ease my back.

The bridge brings back such fond memories of many moons ago when my children played Pooh sticks there, dropping a small stick into the water from one side of the bridge and dashing to the other side to see who's came through first...
Sheila and l played it yesterday...l won!
The view from the bridge warranted a photo, it's much deeper here, turning from a stream to a river, and the water seemed to shine a metallic blue, as it dashed past on it's way to join the mighty river Hull a little further down stream.

We'd just turned for home when the skies began to darken, the wind grew stronger shrieking around us like a banshee. There's no shelter down there except the odd tree and the clouds grew darker and darker until they unleashed themselves on us. The wind dropped again as the heavens opened...down came the rain...gallons of it...we looked, and felt, like drowned rats! Fortunately we had our coats on as the wind had been very cold but they were no match for this rain, it was torrential.
The daft part about it is l still need to sit down every now and again rain or no rain, the old tree trunk was a welcoming sight and l sat down quite happily whilst Sheila decided to join me. l suppose sheltering under a tree would have been the more sensible approach but, as Sheila remarked...we couldn't get any wetter!

Pools had formed in the tracks as we neared the car, the rain drops plipping and plopping making little concentric circles on the surface, l just had to stop to get a photo but Sheila forged on ahead and was waiting for me in the car when l finally reached it. She'd put the heater on but all it did was steam up my glasses...lol...

A welcoming hot shower, a hair wash and a hot drink completed my walk.
l'm very pleased with what l'm achieving and this walk was a little longer than the last two l've been on, and though l'm paying for it with a few pains, but nothing l can't handle, and as l once thought l'd never walk anywhere for any length of time ever again l can definitely put up with a little bit of extra backache for a while.
l come back home feeling invigorated and empowered with great sense of wellbeing which surely can't be a bad thing.
The benefits definitely outweigh the negatives.
Plus it's great to see my walking boots and 'stay dry' socks looking so much happier, they've been so down in the mouth at not being able to go on their walking jaunts...lol...

DH is happily waiting for the day l can go around his favourite walk at Tophill Low Nature Reserve, it's a four and a half mile jaunt with bird watching areas but there are sitting places, he might be waiting a while yet as it would be at the very least a four hour walk and l aren't up to that yet but l do believe that one day l will achieve it.
Never say never!

A few photos for your delectation: 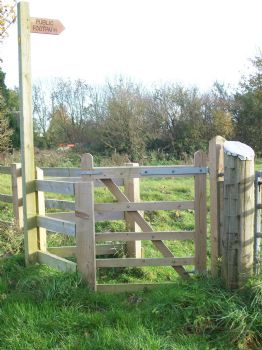 One of the kissing gates, much easier than a stile for me now. 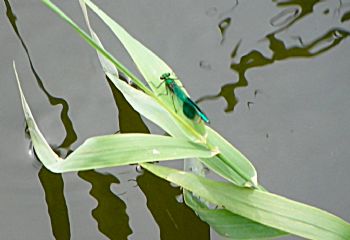 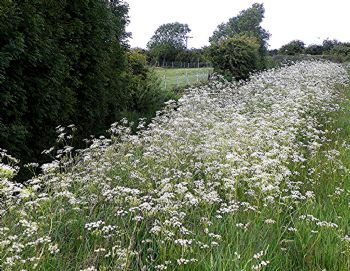 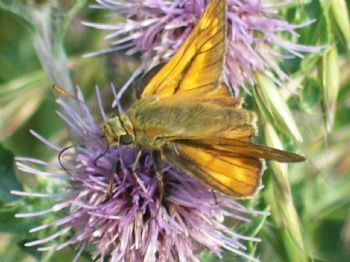 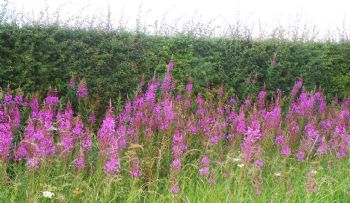 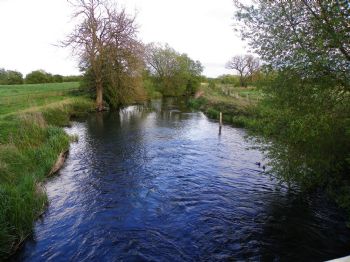 View from the bridge where the stream turns into a river. 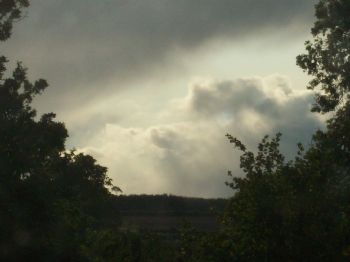 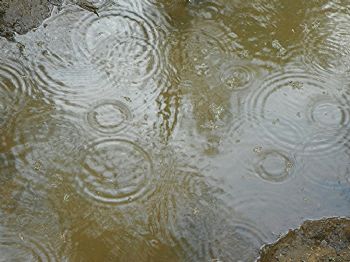 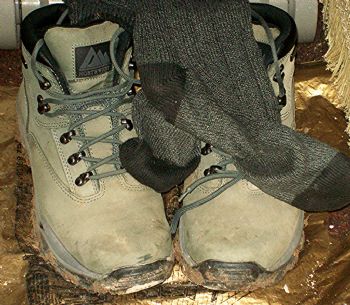 Great to see my walking boots and 'stay dry' socks looking happier, they've been so sad at not being used!!
Share This Post With Others
Report Inappropriate Blog
Member Comments About This Blog Post