This blog has been a long time coming because i'm in limbo land right now and I intensely dislike it! My foot is not healing as it should which I really can live with if the doctor will give me a few straight answers such as when we can do something about it. It doesn't hurt at all where it once did which is absolutely wonderful! It does hurt in new places which is not so wonderful. At my last check up the doctor said while the x-ray looks bad - and even to my untrained eye it's a mess - "clinically" my foot is fine and should be healing. He told me to go back into the boot when I'm going to be doing a lot of walking. Not a favorite thing in these very warm summer months but I can deal with it. He also told me to take it very easy. Okay another thing I'm not thrilled about but can manage - to a certain extent. I am very willing to have patience with the healing that must come before another surgery can be preformed if that's what's in the wind but I need an end date. I have an appointment on the 20th of this month at which point I will ask the doctor point blank what we are waiting for. He hinted that we were waiting for the six month mark which will be the first week in October. He was not specific enough for me though. I need an end date for the pain. I need to be able to say "I'm okay because this has a solution that's coming. We just need to be patient until *this* date."

I am unable to even do chair exercises as just doing what I must do during a day has my foot swelling up. I keep it elevated as much as humanly possible which means every moment I'm off my feel. There's another reason that sounds a bit silly but it's valid. I am short on one end! What this means is when I sit in the chair I use for exercise, my feet are bent up in order for me to touch the floor. A sort of half tip toe positioning which is excruciating on my foot. So all my gallant plans to get to exercising have come to naught!

My weight? To be perfectly honest, I have not weighed recently. Last time I did weigh I was down by 22 pounds. Judging by how well I'm moving and the way my clothes are fitting, I'm either maintaining or actually losing. I haven't been trying my very best but I have also not been doing my worst. The reason I haven't weighed? Well I'm trying very hard to keep myself out of spiraling into a downward trend with my mood. I have been doing a very good job of staying positive. I do not want to see that end and if a number on the scale will do it - and it will right now - then I'm all for being an ostrich with my head firmly buried in the sand! My official weight can wait!

In more family related news, I am so very proud of my DD and her DH! A month ago they became the guardians of my son-in-law's niece at Social Services request and if push comes to shove they plan to adopt her. Her mother, my son-in-law's sister, abandoned her after a several day meth binge and was sent to jail. She stayed in a rehab facility for a day and then checked herself out. She has not appeared for any of the court dates or meetings so far. The father has never really been in the picture. My DD and son-in-law have been a part of the little one's life since she was born and could not let her go into the system. They did not hesitate to take her in even though at the time they were living in a hotel room awaiting the readiness of their new apartment. I really raised an amazing daughter!

The little one is the same age as my grandson - six years old. She is blending into the family well and my almost three year old granddaughter is very loving and accepting as is my grandson. They have been around her off and on throughout their lives and it is not as disrupting as it would be if she had not been a part of their lives to begin with. She is a very well behaved little girl and listens well. She is overcoming her issues with food (having not had a ready supply for some time) fairly quickly. She is also dealing with her mother being out of her life pretty well although as to be expected she does ask about her from time to time. She has always called my DH and I Pa and Grandma. Now it's just going to be a bit more official!

DH built a heavy duty swing set with a swing for each kidlet and a trapeze bar. They absolutely love it! We also keep hula hoops, and water cannons over here for outdoor play. For rainy days we have coloring books, colors, dot-to-dot and other kinds of activity books as well as a ready supply of movies on Netflix. They all come over at least every other weekend and we have a cook out or a pizza party and let them run around like little crazy people!! If it decides to rain heavily, we come in and do the movie and activity book action! They have a ball and we get to see them and love up on them! It's also a nice way to spend time with DD and her DH - when he can make it. He works some late hours and sometimes has to go in early to work so we don't always get to see him. It's very nice to live close enough for them to visit so often and their recent move put them about ten minutes closer to us!

So to wrap up - I hope to have some firm news on what to do about "The Foot" by the 20th. I have a sneaking suspicion that another surgery is in my future and I can live with that. I don't actually have a choice so I choose to look at it in a positive light. The original pain that I lived with for so very long is gone! I am sure they can fix the issue that has now arisen. My "official" family has grown by one and she's a sweetie that we are happy to have in a safe environment. I am staying off the scale for now but as far as the other signs, my weight is at least staying stable. I need to work on improving my eating. So far the summer is going very well and I continue to be blessed and count those blessings! 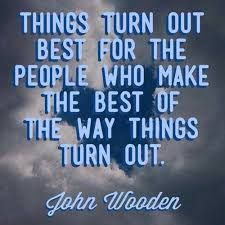