Memorial Day Weekend I took my first out of town vacation in 15 years! Until 4 months ago, I had such bad muscle spasms in my back that just riding in the car for our weekly shopping trip was enough to put me in agony so a long car trip to visit family was definitely not in the cards. Four months ago, my doctor switched my muscle relaxer and I was able to make the six hour journey back to the town where DH and I grew up so I could visit with family!! I had an awesome time!

I was very active on the trip and doubled and tripled my pre-surgery steps. I rested for a couple of days when we got home and then continued to be very active. What I didn't know was that I was causing a problem with my post-surgery foot. It feels fine where it used to hurt so I thought I was in the clear. It began hurting very badly in a different place. Still in the surgery "zone" but not where it was hurting to begin with. A visit to the foot doctor revealed that I have been seriously overdoing the activity. Oops! Praise the Lord I didn't do any permanent damage but I did set myself back a bit.

I was supposed to keep taking it very easy until twelve weeks post-op and then I could go back to normal, before surgery, activity. After six months, I could then increase my activity as much as I want. Well, I increased my activity at week eight and caused some swelling and irritated the nerves a pretty good lick. Now I have to take it very easy until fourteen to sixteen weeks post-op and then I can go back to normal activity. Then at six and a half months I can increase my activity to whatever I want.

My doctor told me he was impressed by my ambition but that I need to learn to be a little more patient and let my body heal. He reminded me that they broke a bone and put a couple of screws in there to hold said bone together. Two weeks after surgery there was some slippage in the joint and if I want it to heal properly and so forth, I need to take it easy on that foot and give it time to finish healing.

I left very relieved that the joint had not slipped any more and aggravated with myself for not using a bit more caution. However, after thinking about the whole thing I realized that I will be ready and waiting to majorly increase my activity when my six and a half months is up and that's not a bad thing! I think about what I've been doing with a different part of my foot in some pretty severe pain and then I think about that pain being gone and just imagine what I can do then!!

I was having a bit of a pity party for myself and had a pretty bad binge day. My stomach let me know about how unhappy it was with me for an entire night! Now I'm done and ready to re-set myself for a new day! I won't let one day derail my entire 22 lbs of progress!! 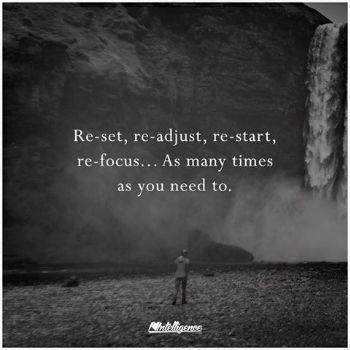