Breakfast in the garden...

Woke late this morning...nine am!
DH was still asleep too so we must have needed it. l think mine was down to medication for a bronchial infection l'm fighting, they do make me sleepy but DH has no excuse...lol...

lt's beautiful weather, already sunny with a warm gentle breeze which is very welcome after a few cold, cloudy and wet days we've just experienced. DH rushed off to visit a client so...l'm relaxing by the garden pond on a new bench DH only finished making yesterday, he's done a brilliant job as always, it's in my favourite spot under the cherry tree and replaces an old one which had seen better days and was beyond renovation.

lt's so peaceful and warm, apart from next door's dog which seems to be having a dicky fit and barking like a mad dog, l can hear Glyn shouting 'Bailey, be quiet' but it doesn't seem to be having any effect, he likes to chase the birds which land on 'his' lawn or 'his' fence and there's a passel of them at the moment.
The pretty 'Buff Beauty' roses have just opened this week and their scent is delicious as it wafts towards me in the warm sunshine.
There are a pair of swallows twittering away on the telephone wire, a couple of right gossips!

l'm eating my breakfast, it's very yummy...honeydew melon, strawberries and red grapes all tossed together in a teaspoonful of sweet chilli sauce...mmmmm!...l love it...and Bailey's finally stopped barking!!
There's a little green common frog sitting by my feet, maybe he wants to share my breakfast...lol...
Dovey & Nova, my two collard doves, are sitting on the fence top a few feet away pretending indifference, they're so nosy and greedy too if they think there's any handouts in the offing.

There's a plethora of wildlife in the garden just now, the wet few days seems to have made all the plants spring into life and they're pushing out their buds and flowers at a rate of knots.
The other wildlife seem to have appeared from nowhere too, we've had everything from a sparrow hawk, a pheasant and a partridge down to numerous other smaller birds and insects which appear from time to time, and of course our resident birds which use the feeding facilities we offer, we get everything from goldfinch, greenfinch, robins, thrushes, blackbirds, starlings, bluetits, great tits, coal tits, wagtails and a host more...
We even have a field mouse with five babies in a beautifully constructed round nest inside a wallpaper stripper box in the garden shed, she's shredded the instructions, added some garden twine, plastic bag and a bit of golden tinsel for decoration! l took some pictures last week, l'll add them at the end, they're so cute but DH isn't very pleased with them being there and as soon as they're old enough they'll be taking a one way trip to a field some distance away...the mother too if he can catch her...lol...though l don't think he's got much chance of that...he's tried before!

l'm watching tiny white tailed bees buzzing about around the flowers, they've colonised an old nesting box on the cherry tree, we've left them as they do us no harm and bee numbers are way down so we're doing our bit for conservation. lt's just to my left and l can hear their comforting buzz as they diligently work away.

Daddy blackbird is feeding his four cute youngsters on the lawn, they've got their wing feathers now and can fly a short distance but their landing leaves a lot to be desired, they crash quite a lot! He had them lined up in a row on the fence a few days ago but today they're more confident and are only a couple of feet away from me. He's stuffing their ever open yellow edged beaks with insects he's collected and an occasional sunflower seed heart l've left out for them, they're so greedy...lol...always flapping their little wings, shaking their booty and asking for more, more, more!

A pair of dunnocks are working the patio pots, they go from leaf to leaf of DH's many hostas searching out spiders and insects, they have two young it tow, but they don't seem as diligent as daddy blackbird as they eat most of what they find themselves! They're pretty little golden brown birds with a slate grey breast but the youngsters just look bedraggled.

Most of the fish are up near the pond edges, just under the surface, feeling the warm sun on their backs and a little green frog is watching me with just the top of his head and his eyes protruding above the water's surface. The waterfall is gently splashing down, the water reflection dances on the reeds making them seem to come alive and move in the reflected light, the sound is so tranquil and as it enters the pond the bubbles gather and swirl in the little current it produces, an old red koi is lazily lying underneath it, gently waving his tail as the water cascades down on his back..it must be a nice sensation or he wouldn't do it would he?

Well this won't get baby a new bonnet as the saying goes so l've reluctantly come inside to do house work but...l'm now writing this blog so the housework still isn't getting done...lol...

Here are a few photos for your delectation: 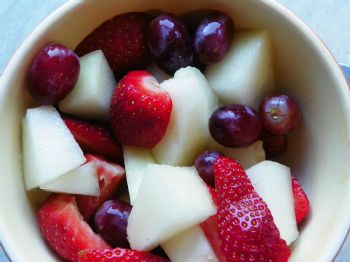 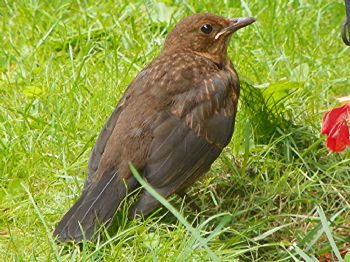 One of the fledgling blackbirds 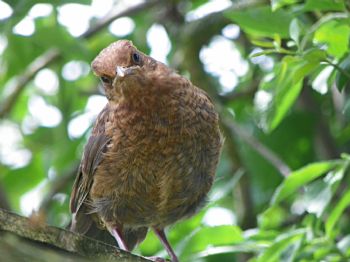 What you looking at? 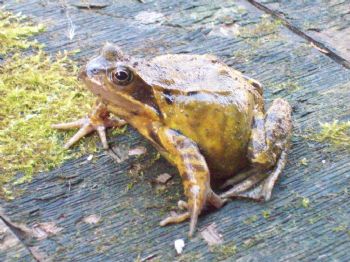 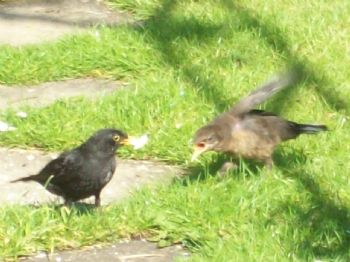 Whiffle those wings and shake that booty! 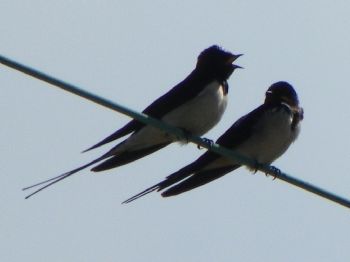 Gossiping swallows on the wire 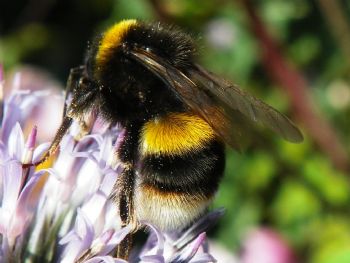 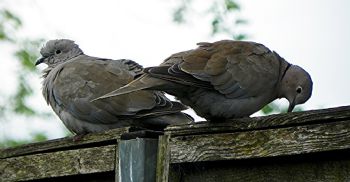 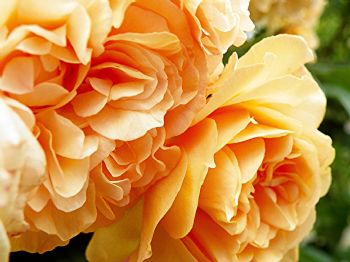 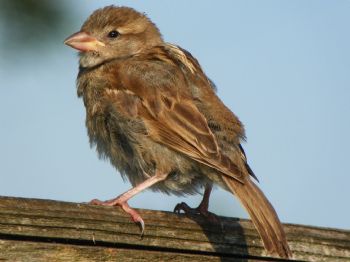 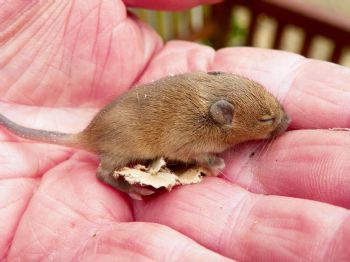 A baby field mouse almost ready to be re-homed. 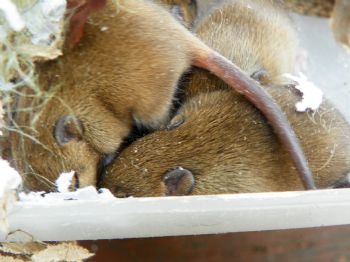 A jumble of field mouse babies.