Failure is a bruise, not a tattoo. 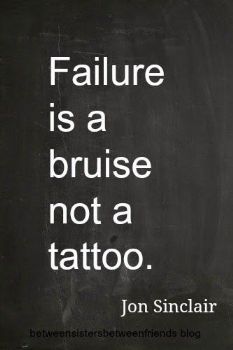 Need to have this tattoo'd on the inside of my wrist, by my fit bit.

The past five weeks have been chaos, an enormous challenge which I failed miserably. Miserable being the key word. It was simply more than I could handle.

Had an unplanned and unwanted house guest who has caused a lot of damage in the past. Every minute that I was in my house, I was angry and on alert. Hide the jewelry, people, guess who's here? My best nest was no longer a safe place and I repeatedly ate myself into a food coma, a sugar high, you get the picture.

That chapter is closed, he is gone. I can now get a full breath and try to assess what went wrong.

Why was I unable to deal with this? I have learned so much, I have come so far, right? Haven't I?

Hmmmm......well, here's the deal. I did not even try to cope, I was like an alcoholic who just reached straight for the alcohol and said to hell with it. I tried to soothe myself in any way (any flavor, ha ha) that I could. For me, ice cream is the drug of choice. A LOT of ice cream.

I realized I was out of control, but simply could not stop the slide off the cliff. The best I could do was to remember there was a light at the end of the tunnel, an end date, the magic number March 12. Just make to March 12 and we can start fresh. That's the best I could hope for with where my head was at.

I learned that it is absolutely essential for me to have my safe place. I used to live in daily chaos but not any more; I cannot function like that.

When I was out of the house, I was fine. Turn down my street? Instant raging headache, instant tension, and compulsively eating EVERYTHING that I viewed.

I learned that sometimes, I just have to grit my teeth, and go to bed.. I slept a lot with going to bed way earlier than normal. My only escape was work and sleep and my outings to my daughter's house to get away.

I would like to say I understand what was happening (I did) and was aware of what I was doing (I was) and that it was a choice by conscious decision to soothe myself any way I could (it was not). I would like to say that next time, I will do better (I can only hope). I was just out of control.

It was like the movie Ground Hog Day. Every single morning I woke up with good intentions but as soon as I left my room, it started. Every night I vowed tomorrow would be better. Nope didn't happen.

So, it is done, I can now focus on getting back on track and getting off the 10-15 lb. I believe I regained (too afraid to hit the scale, I'm being a sissy).

Day One, again, I'm gonna do it, I have not truly failed until I quit trying. 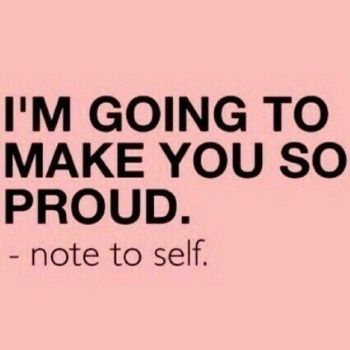