Went to the foot doc on Monday. Found out I have a compressed disc in my big toe and two bone spurs behind it on the foot area. I will be having surgery to decompress the disc and remove the spurs on April 4th. I don't have a time yet - just the day. I will only be under twilight anesthesia and I've had that when they removed the ganglion cyst in the middle of that same foot and came through it just fine. You wake up quick, no hang over feeling, you know right where you are and what is going on! I get to go home that same day!

They think the damage was done years ago when I was playing a game of soccer in gym class and accidentally kicked the bottom of another girl's foot! I was on crutches for a while back then but never got x-rays or anything. It's just taken all these years to catch up with me! I also have some arthritis in the toe but of course there is nothing to be done about that. The doc says my foot should be good for 15 - 20 years before I need a joint replacement on that toe! He said we could put it off for a bit with a steroid shot but that it's better to do the surgery earlier rather than later as it helps prevent the condition of hammer toe and preserves the joint. Plus it's not a temporary solution. DH and I decided to go with that!

It will take eight weeks for recovery. Stitches come out in two weeks. I'll be in a boot for six and in a soft shoe (like a slipper) for another two. I'll be on walking restrictions for that whole eight weeks but can do chair exercises as soon as the stitches come out and the pain eases enough for me to have the foot down for long enough to do them!

I am praising God that we are able to get this taken care of quick-fast! It's gone from annoying me when I walk to throbbing and shooting pain even when I'm sitting down with the foot up! So I'm counting my blessings today! 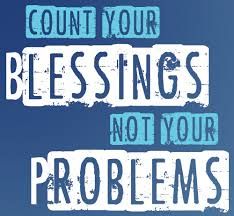