Had VSG surgery on Monday 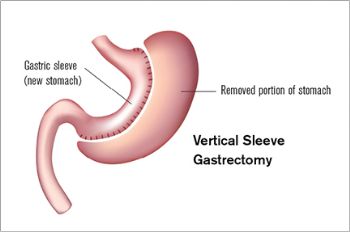 On Monday (November 28th) I had Vertical Sleeve Gastrectomy surgery.

A number of years back I lost 92 pounds on my own... over a four year period. I walked my a** off and tracked everything I ate. It was not easy, and it was such a struggle.. but i did it!!!

After a short while of getting the weight off I started gaining a pound here and a pound there.. and then it started adding up. This made me super depressed because I had EARNED every pound that I had taken off, with hard work and it was so easily coming back on. Ugh...

I have been back at my higher end of weight now for a couple of years. I have been absolutely miserable because of it. I am only 5 ft tall, so I feel like a big round ball. My friend had VSG surgery in June. She kept it secret until she actually had the surgery. She thought I was going to be mad at her for doing it, as she had been losing weight with me a few years prior to that. I lost 92lbs, and she had lost 75.... but now we were both big again. She was so shocked that I wasn't upset with her, and I was actually interested in it.

alot of people thing weight loss surgery is the easy way out. In all honesty I had already looked into it once. I didn't weigh enough at the time. I've always battled my weight and could only keep it down for very short time frames. Well, I thought I would try once again to look into it, just to see what they'd say. I was truthfully shocked that they didnt say I wasn't overweight enough for it.. and that's when it hit me.... I had gotten bigger than I had realized.

It was a long 5 months of classes, evaluations, blood work.. etc. The 10 day liquid diet was the worst.. omg.. I had to be on it during my 40th birthday and Thanksgiving!!! My family insisted I come for Thanksgiving 'just to visit' everyone. They had no idea how horrible it was for me to sit there and smell all of the delicious food and only be able to have SF jello or broth. ugh.

I will be honest, as the surgery day approached, I really wanted to cancel it. I was so freaked out that something could go wrong. Maybe I wouldn't wake up.. maybe they'd open me and find I was full of cancer or something else.. my mind was running wild. My boyfriend had taken off quite a few days to attend classes and stuff with me, and was taking off two more for my surgery.. I had already filled out FMLA papers to be off of work and they were already searching for a substitute for me. I already explained it all to my kids... I just felt I really needed to go through with it. Everything I was reading and everything I was watching on youtube showed that in the long run, people said they would do it over again!! So, I sucked it up, and did it.

OH MY GAWWWWDDDD... the pain was way worse than I expected!! My friend Jodi that had it done told me it was no big deal.. a little uncomfortable, but not bad. She actually said "easiest thing i've ever done" ... well that's great for you, but that was so not the case with me!! My stomach was having spasms, the gas pain was unreal... bubbles were coming up my throat that were somewhat stretching my esophogus.. holy. I almost cried the day after surgery as I couldn't bend or move without screaming.

The day after I came home things felt much better and each day its been better and better. I talked with another friend of mine that had it done and she said she was in alot of pain like i was, never would've said it was a breeze like our other friend. But, she says now that so much time has passed from the pain that she is so thankful she did it, its kept her weight off now 6 years and she would do it over again.

I'm doing everything that i've been instructed to do, and will continue to follow his orders. I'm praying that I have a really good outcome. I lost 11 pounds on the pre-op diet and 8 more since surgery this passed Monday.
Share This Post With Others
Report Inappropriate Blog
Member Comments About This Blog Post