Happy October. I know I usually do my monthly update blogs the first Sunday of the month, but I was having issues last week. So I figure since next month the first Sunday is the 6th, doing it a week late is no big deal.

I had my surgery. It's been a rough recovery. And I despise my surgeon. I may have my ideals set too high because I'd rather have some bedside manners, but I also think he's just a moron in general. I had the surgery the 16th last month and they wrote the prescription for the pain pills before the surgery and then after I was released, I realized on the trip home that they used absolutely no local anesthetic. So I spent the 20 or so minute drive home in massive pain with the starts and stops thanks to the lovely stop lights and then another hour and a half waiting for the pharmacy to fill the stupid prescription, plus another 20-30 minutes for them to kick in because I did take some ibuprofen after I got home and they did absolutely nothing for me, sadly enough. Granted that was the anesthesiologist's fault, but still. And then about 5 days after that, I still hadn't been able to return to work because I was still in so much pain. They used staples on me and they kept pulling and hurting me. I started picking up a small fever. Nothing major, like 99-100. But I had been running normal up until that point at 97.6-98.6 and the wound started feeling warm. I called the surgeon with my concerns and the nurse or front desk person or whatever called back and said that he said to go to the ER. I was like, why? It's not an emergency situation, he just doesn't care. I'd agree if I was running a temp of 103-104 or draining serious pus or something, but that wasn't the case. I called my primary care doc who obviously agreed with me because they managed to squeeze me in between patients and said that I had some really high swelling going on and maybe a small infection starting, so they gave me the prescription strength ibuprofen stuff to take 3 times a day and some antibiotics. Everything turned around after a day or two. Idiot.

Then I went in later for my 10 day follow up and he literally was in the room for no more than 60 seconds. My husband lifted the bandage for the lazy @$$ and he only looked at it for a half a second, said it looked good, come back in another 10-14 days and we can see about removing them and left the room. I managed to make it to the car before I started sobbing uncontrollably with all my rage and frustration with all of it. But I pushed on. But then about another 5 days after that, trouble struck yet again, and that was just this last weekend and why I'm a week late posting my monthly update. I started having burning pains in my wound, just in the skin around the staples. It was to the point where my shirt touching it would send me through the roof. And it kept getting worse. I spent an hour sobbing uncontrollably on Monday last week because it felt like I was being tortured with all the ripping pains and the burning. It was like slowly ripping a piece of paper only the paper was my skin and I could just feel every last cell rip. It was horrible. But I had a regular follow up deal with my primary care doc on Tuesday, so I held on until I saw him and asked him to look at it and find out what's wrong. The staples needed removed, obviously. I knew that, but I don't have the fancy degree. So he had one of his girls call the surgeon's office to let him know he was going to take them out and he was going to glue me up because there was still a pit where the cyst was and there's a concern about the wound opening itself back up again, even if we could've left the staples in. The nurse said it was fine and they took those evil things out. Thank goodness. And it hurt. My skin put up a fight because they had been in way too long. I had to pretend I was getting a tattoo to get myself through it. But once it was over, it felt amazing. Major relief. And I promised to play nice at my next follow up this coming Tuesday. I seriously don't want to because of how poorly I've been treated, but I will keep my promise. But now that the bloody staples are out, it's finally healing right. The pit is already almost gone and while it's still sore, it's getting much better. Many lessons learned for any future non emergency surgeries, that's for sure.... So yeah. It's been a rough recovery. But at least I'm finally recovering.

And, amazingly enough, with all that crap going on and insert some pretty bad family drama that I won't go into, I've still managed to drop some weight. Something to be proud of, for sure. Hopefully the trend continues. I'll go ahead and post my stuff and close for the day. I need to get stuff finished. The weekend has gone a little too fast for my liking... Oh well. So I'll post today's readings and the difference from the last readings and then the beginning readings. I haven't compared the pictures yet. I'll get the first comparison look when I finish posting. 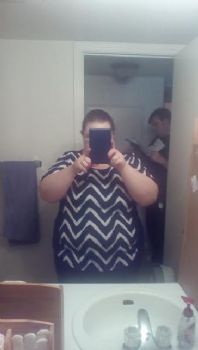 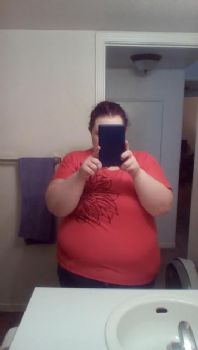 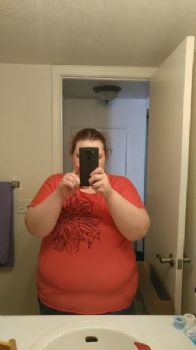 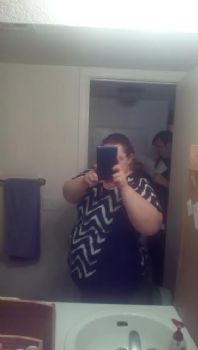 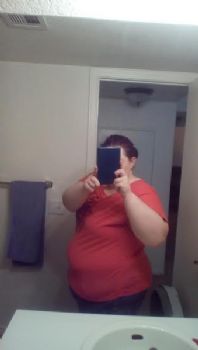 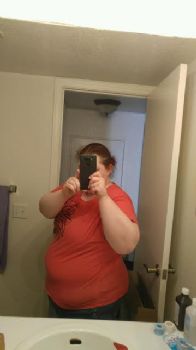