Overall I was happy with my weigh in. I mentioned before I need to stop the daily weighing, which is true, I still do. But more days than not I would weigh in... what frustrated me was seeing smaller numbers until weigh in day, then the day that I actually track and count it would go up a little. Talk about frustrating. So I'm gonna try to cut it down to 2-3 times a week, the goal is going to be 2 times a week. That will give me enough information but it will also prevent the full blown obsessive weighing! 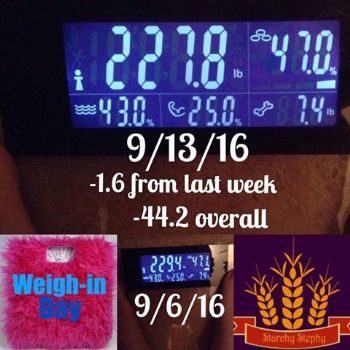 I'll admit doing the "overall weight loss" math today was really a blow to my self esteem. To know I had 90 pounds lost and managed to ruin a little over 1/2 of it is heart breaking, but all I can do is fight to get it back!

In other news my mom & I are going on a Luke Bryan road trip to Northern California. We are going up near Sacramento and we are both going to see a show in Wheatland, CA. That's Thursday! Then Friday we are driving to Mountain View, CA and I will see a show there. It'll be my mom's first show, she's not big on country music but she's going to humor me. Plus he's easy on the eyes. But to quote mom "I don't need to go twice"... I think she would if I begged her, but I understand it's not worth spending the money for her to go twice, she's not nuts like me! ;) The best part was since I'm going alone to the second show, I got a 3rd row seat! The row had 7 seats, and so I was the odd man out, it's an aisle seat to boot! The concert her and I are going to is 5th row behind the pit, and the pit is huge so it's a little ways back, but the show I have 3rd row for has no pit, so that will be my closest tickets ever! Then next week my dad is going with me to the one by my house, we are 2nd row behind the pit. ;) Then the day after is the wedding where I have to wear the Tinkerbell dress... I will be happy when that is over! ;) 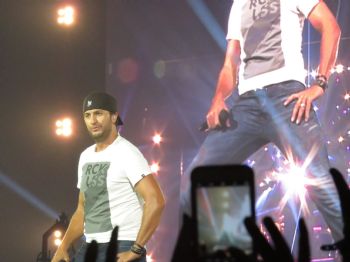