https://youtu.be/uB54ZfxPvMI
^The clickable link didn't work but copying and pasting this one seems to work!

Those are two of my favorite videos of the night! They aren't as clear uploaded as they are on my computer but what can you do?! PS. If you are bothered by drinking/alcohol don't watch those videos!

Initially I was headed to Fresno alone to see Luke Bryan & go to the Fresno Zoo. Normally my mom would enjoy going and doing those things (and she really wanted to go to the zoo) but she had a dog that she fostered and later adopted that was diabetic. He needed insulin shots twice a day, and she had to check his blood sugar often. So she wasn't in a place to be going very many places. Sadly, Peanut or Mr. P as she liked to call him had to be put to sleep just a couple weeks ago.

We are all very sad and miss him very much, but I think my mom is now realizing that she is able to be a member of society again now that she doesn't have this little guy counting on her.

So she opted to go to Fresno with me. It was about a 3 1/2 hour drive, we got to the hotel and hung out then she dropped me off at the concert. I had an amazing time. I brought some glow bracelets and Dustin Lynch pointed at me. Partly because of the glow bracelets, partly because half of the seats were still empty this early on, and partly because I was one of the few standing up.

Little Big Town was awesome, I had never seen them before so that was a treat!

Of course my Luke was amazing and I was just having such a great time! I am 97% sure he waved to me, I know that sounds psychotic, but I was in the aisle, with glow bracelets and I was the only one waving when he waved, so I am counting it a victory!

I will post some pics of the entire trip at the bottom of this blog.

The Zoo was amazing, so much better than our LA Zoo. They have a new African Adventure area that was truly magnificent. We also got the opportunity to feed the Giraffes and that is a day we will never forget!

After the zoo we drove home, we stopped and had some amazing Mexican food, and then we came home and I was so tired but of course couldn't sleep! Figures!

Then Monday I had scored free tickets to a tv taping where they were taping a mini Daughtry concert. I have loved him since he was on American Idol and I've been to 4 of his shows. It was so amazing, we were literally no more than 5 feet away from him. A lot of the people only knew the two big hit songs, but I knew 6 of the 8, the other two were brand new and I was too busy worried about Luke to realize they were out there... bad fan!

The part that cracked me up the most was he said he was getting warm so he needed to take off his jacket. Some girls started screaming and he goes "Easy! It's not like it's Thunder Down Under! Or it's not like I'm Luke Bryan, that's one handsome son of a b!" I cheered so loud, my boyfriend likes my other boyfriend?! Fantastic! I did a lot of screaming and singing and he threw his guitar pick literally right at us! I know he didn't see us (my mom and I) but he knew we were making a lot of noise. It hit both of us but we could never find it. We looked and looked and couldn't find it. It distracted us so much cuz it was like it touched us yet it was gone. Well it turns out it was black and blended into the floor. Some guy finally told us he saw it and helped my mom find it, score! Then later we took one off the guys mic stand, (after it was over LOL).

I knew he was the kind of guy to come down and slap hands at the end so I made sure to get to the front. But halfway through slapping hands some ladies started to hug him. He was very kind but I thought he was going to try to make a getaway, he had no one with him, just a man in a sea of 100 women. He kept making his way through, I managed to half touch his hand and he passed me but he came back and hugged me. I was shocked! My mom swears I said I love you, but I honestly don't remember. All I know is as he was hugging me he said "I love you too!" The most amazing moment. To be in a place to hug him where I would have been delighted with a hand slap in passing, was just truly amazing!

I've hugged The Rock, Chris Daughtry and if I can just hug Luke Bryan my life will be complete.

In other good news, despite the Fresno trip I was down 1.6 on Monday with TOM to boot so I feel like I can take this and run with it. If I can make it through that trip without a gain there's no reason to gain now. 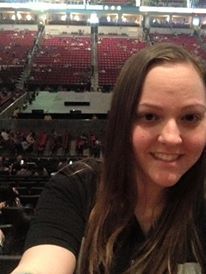 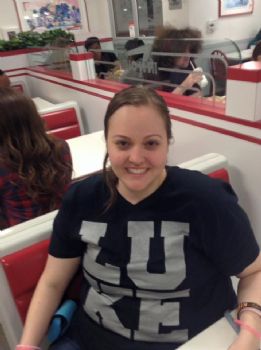 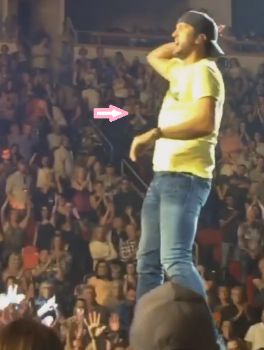 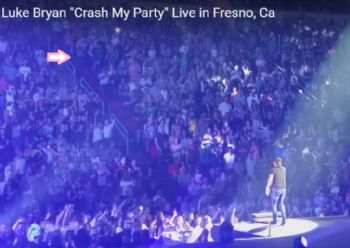 ^Me at the concert in some girls video! 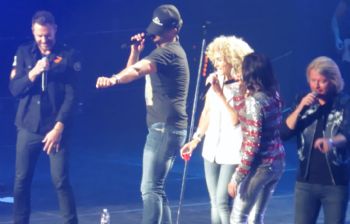 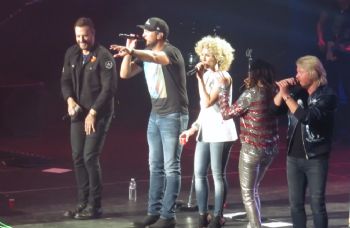 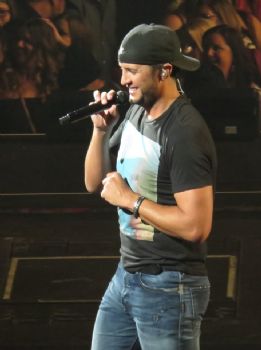 ^My fave photo of the night! 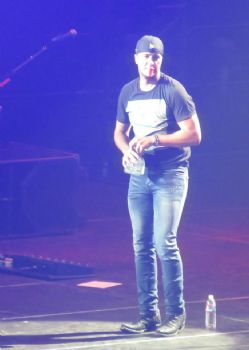 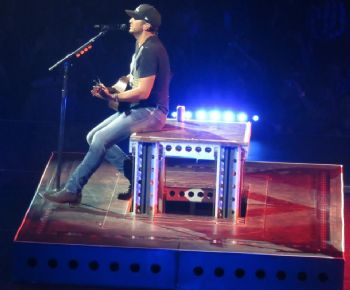 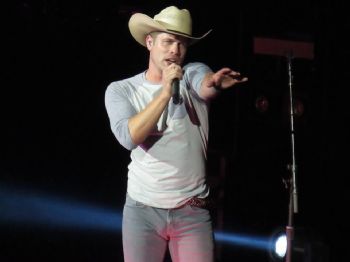 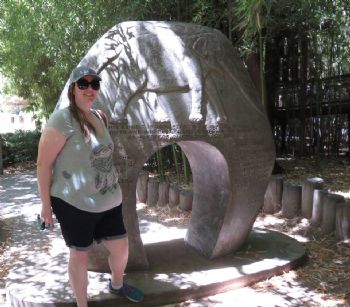 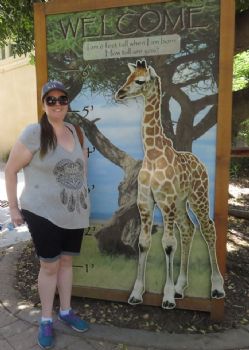 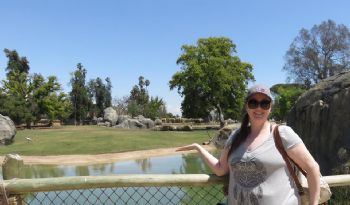 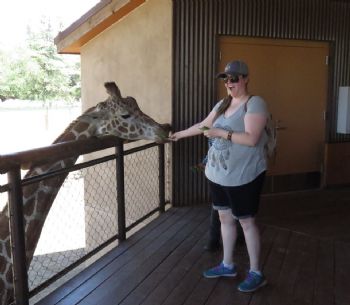 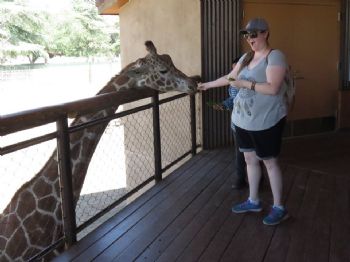 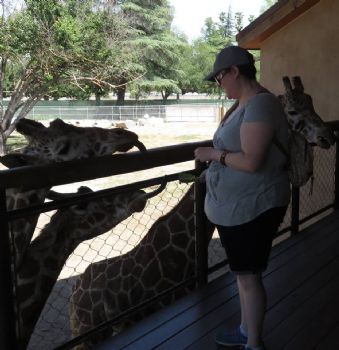 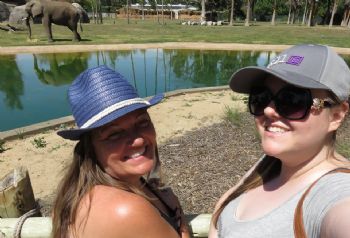 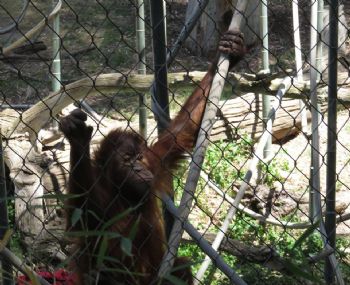 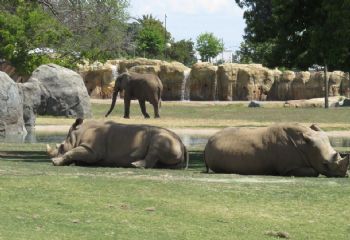 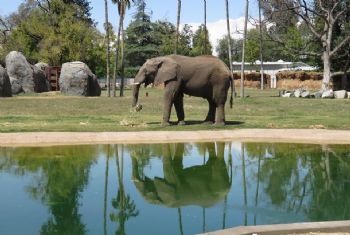 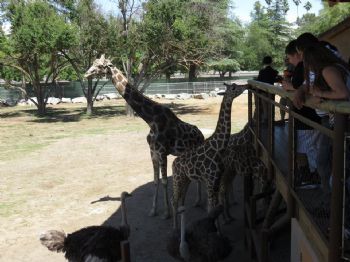 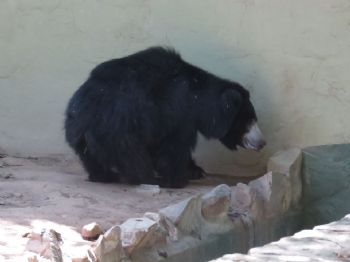 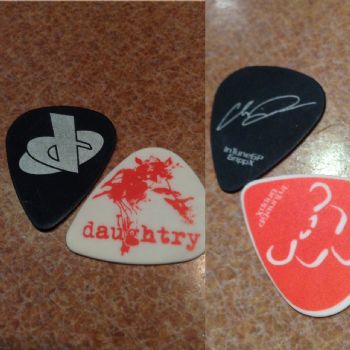