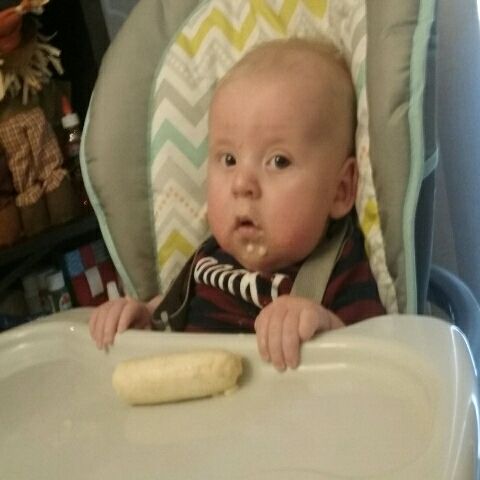 I forgot to blog yesterday. I had every intention to but was so tired by the end of the day. But I did work out and eat decently, so that's something. I worked out in the morning for twenty minutes, not my desired thirty but twenty is better than nothing. I then thought about the two days before that that I hadn't worked out because I 'didn't have thirty minutes' and realized that I COULD HAVE worked out twenty, ten, or even five minutes and that would have been better than nothing. Just twelve minutes a day M-F gives me an hour of exercise more than if I said 'I don't have thirty minutes today' and skipped it entirely. For that reason, I think it's important to just get myself on the bike every day, if it's thirty minutes, great. If the baby starts crying after fifteen, I'm not going to sweat it and just make an effort to try to get more time in later, but if I don't, then at least I got those fifteen minutes. Today was a busy day. Had a big doctor's appointment for little guy in the city and I am just wiped out. I don't know if I'll work out today or not, but tracked several thousand steps on my fitbit walking around Boston, so at least that counts for something. On the plus side, baby tried bananas for the first time today and LOVED it!
Share This Post With Others
Report Inappropriate Blog
Member Comments About This Blog Post