It's been a looooong time, hasn't it? It feels like my last blog was ages ago! Simply because I couldn't find any reason to blog. Those of you who had been following my blogs in the past may remember that I always blogged with one objective in mind: to help people. When I had something motivational to say or something inspiring to share. And those past few months these things never happened...

I felt like a complete failure. All the time.

And I had no intention of writing this blog today. But my Camo teammates made me realize that even failures can be helpful when shared. I'm not the only one who struggles! There are many of us out there and we could all find motivation in each other's thoughts and actions. We could help avert the panic. What panic? The one that comes hand in hand with backsliding. With regain. With clothes that don't fit.

I thought that this would never happen to me again. This time everything was different. I hadn't lost weight with restrictive diets like in the past. I had no reason to return to old habits that would eventually bring the weight back. I had learned the rules of the game. Lifelong habits, constant vigilance, immediate action after slight regain. I had it all figured out. The weight would NOT come back. 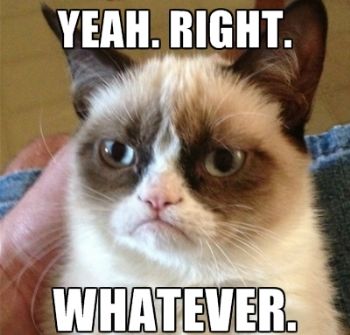 Go on. You can all give me your "Yeah, right" faces right now. No offence taken. 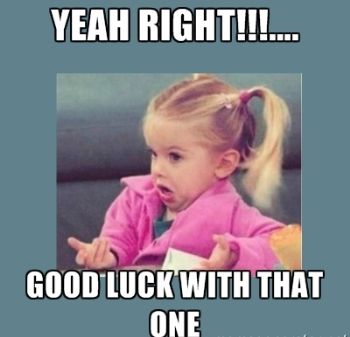 In fact, I wish I had seen a "Yeah, right" face earlier. When I thought I had solved the maintenance equation. It's not that I thought there was no chance of regaining. I knew it was a case and not just a chance. I knew from the very first moment that this was the strongest battle that I would have to win. I had already been there and I knew that when the weight goal is reached, people tend to overestimate their abilities to maintain that weight. And I needed to avoid this overconfidence. And while trying to avoid it, I fell into its own trap...

Those of us who have tried many ways to lose weight, know the difference between dieting and trying to follow a healthy way of eating that can last for a lifetime. Restrictions almost always lead to the other extreme. But when you slowly try to establish new healthy habits, when you teach yourself how to live healthy with small, everyday changes, when you practice moderation and balance, you have no reason to go back to old, unhealthy habits. So, the weight won't come back, right? And even if it tries to sneak back on during special occasions - like holidays, for example - returning to healthy habits will immediately stop it. It has to be like that, right?

That's where the trap of overconfidence lies.

Because we don't actually go back to bad old habits. We know better!

But that doesn't mean that we can't develop new, sneaky, tricky, harmful ones...

I am 15 pounds away from my lower achieved weight in 2012. If I ask you to assume what has happened, what are you going to think? That I probably started eating junk food again, that I gave in to sweets, I stopped exercising or maybe even stopped caring.

I can assure you, my dear sparkfriends. None of this happened.

I never stopped eating healthy. Ever!

I didn't stop exercising. I took some short breaks but never fully stopped.

What happened to me was... distortion.

Starting with the well-known to everyone "portion-distortion". Slowly allowing the portions to get a little bigger every time was a great way to feed the emotional eating monster. And my waistline at the same time...

Then, it was the distortion of "healthy" in my mind. Homemade desserts are healthy, right? Of course they are. No chemicals, no additives, only pure ingredients that I have chosen for my family. Only they're still desserts. They contain some type of sugar and some kind of fat. The healthy cloak combined with the portion distortion eventually distorted the number on the scale...

Finally, it was the danger distortion.
"Oh, it's just a pound, it will go away."
"Only a couple of pounds. A couple of extra cardio workouts will melt them away."
"Three pounds? Come on! That's nothing compared to the 45 I've lost."
"It's just five pounds. It's not like I went back to 198!"

Do you get the picture?

I'm still leading a healthy lifestyle. I'm still exercising. But the weight keeps coming back. Slowly but surely. It finds a way! That would be a nice, guilty-free way to think, wouldn't it? But I'm the one paving the way for it to return. I'm the one who subconsciously made so many changes to my everyday habits using the healthy cloak as a great excuse.

And now I have to face the consequences. Starting with being honest to myself. With recognizing my mistakes and turning them into lessons. That's the first part of the plan.

The first step is to use the failure. Break it down to its building blocks - mistakes - and use them to build the road to success. 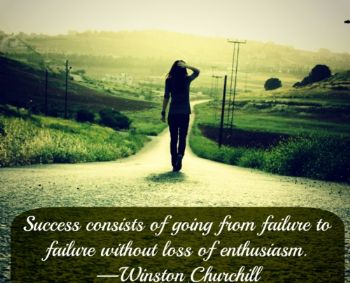