Up and Down and the occasional Disaster

So, i had a good day where i didn't eat the bad stuff.
Only to fall off the wagon two days later due to getting a bad report at the doctor
and then today my not so darling BF snapped at me from out of the blue because i turned the kitchen light on. (LOL) I just had a moment. let me explain. cause, i don't have anybody else to gripe about my crazy life.

The kitchen has been a thorn in his side since the beginning. and rightfully so, it was put together in a hurry and it showed. The countertops overlapped the extra spaces. The backsplash was uneven, and the cabinets didn't shut properly on the bottom of the doors.

We(he) has spent plus two thousand dollars on new cabinets, paint, tools, paneling, and the solid surface 219" counter-top with seamless sink. I am happy about this and i never; literally never complain. I don't even complain when i should be or have the right to complain. this is mostly cause i have survived somehow (two separate) domestic violence monsters/relationships. So, i don't complain from fear of backlash and eventual oncoming of walking on eggshells.

I do not have to work. He doesn't require much out of me; thank goodness, cause i already suffer from severe depression and PTSD. The S-depression is something I have just learned to live-through. Who knows maybe this the reason that i do not complain.

I got off topic. The kitchen. Between the kitchen and the Lroom there is a 4 x 8 opening with spindles set about a foot apart. I prefer to have a closed off kitchen, I have issues, and don't want anyone seeing me cook either because i think they'll belittle my talents or i will want to talk to my imaginary friends and don't need that disruption from the real world, either.

So, I have always wanted the opening to be closed. And he bitches about the light being on, which it is on almost 15hrs / day. Anyway, My moment was to say, that he complains about the light being on and he's the one that didn't want the opening closed.
This is probably way to much information to the void/open internet. But, as I said, i don't have anyone to gripe to and i really needed to vent. There was more to it than him raising his voice; and it was all unnecessary and so out of context for him. Of course, i didn't help the situation by turning off the light and getting a flashlight to write something on the calendar. But, for goodness sakes, we are supposed to be adults. I guess, i wasn't either. I'm just pissed off. Cause, i am too afraid to try and figure out the real cause of the situation; in fear of his being eternally(days long) angry at me for trying to help the situation. It's obvious, that it wasn't a light that was bothering him. It was something else, but far be it a man to acknowledge the obvious. Aaaargh. i hate depression and PTSD.
thanks void for listening to me rant. 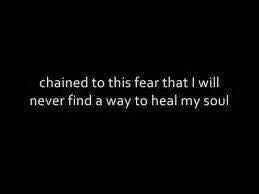