Oh my! I'm addicted to sugar!

I'm loving being back on the right path! It's been 7 weeks now, and I'm down 32 pounds. I'm in the baby steps of learning to move more. And I love how a healthy eating plan makes me feel.

That being said, I had a giant slip-up on Sunday that made me realize just how addicted I really am to sugar. I attended one of my daughter's bridal showers on Sunday afternoon. I sort of planned for the expected food that would be there. I purposely ate lunch before going, and I carried my water bottle with me so I'd stay away from the punch or soda or whatever. What I DIDN'T do was make some sort of plan for standing in the food line, plate in hand, and choosing well.

To my credit, I chose fresh fruit. And took the smallest spoonful of spinach dip and 7-layer Mexican dip, and only took one or two crackers and chips of various kinds....which was still too many carbs and sugars.

But my great big giant bad decision was the cupcakes. Great big humongous (picture giant muffins) wedding cake cupcakes, with fluffy white buttercream icing swirled up double the height of that big ole cupcake, with the beautiful pearl-like sprinkles on top. I got excited when I saw them across the counter. I had one on my plate without much thought. I sat down with the other guests and thought , "I will eat a few bites then throw it out." Did I do that? No. What actually happened was I took a glorious reasonable bite, and the buttercream took away all sensibilities.

(Have I mentioned that buttercream is one of my all time favorite treats? That I've often joked that I had 6 children because I love birthday cake?)

So, as I'm sure you figured out, I ate the whole thing. As if in a trance. I forgot what was going on around me. It was paying attention to what you are eating, in a bad way! Did I stop there? Of course not! The addict monster in me was unleashed! I asked if I could take one of these dreamy delights home with me, for my husband of course. I failed to mention he doesn't like sugar. And you guessed it...I went home, carefully peeled away the zip bag it was in, and consumed the entire SECOND cupcake.

Now, other than undoing A LOT of hard work I've been doing, it made me SO sick! I ended up with a nasty stomach issue and a huge headache. And because I've been off of sugar for the most part for 7 weeks, I have triggered the old cravings. This week has been really rough. I've been feeling sluggish and achy. I have had to fight off wanting to eat and eat and eat. I know that a few weeks off sugar will clear it all out again, but this was quite an eye-opening experience.

So lessons here?
1) I need to make a real workable plan for social eating. It's time to read lots of related articles on SparkPeople.
2) I need to remember that while I can safely eat certain treats now and then, there are some I really need to mostly avoid (think buttercream.) And if I eat a ~tiny~ amount, it has to be extremely controlled. And I just can't ever have it at home.

Lesson learned! I will get a handle on this, most assuredly! 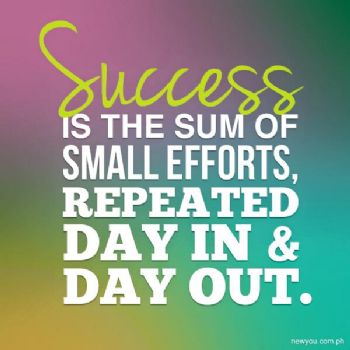