I've said it before, but I really hope I don't have to say it again!

Starting Over!
Re-Start!
Getting Back On Track!

There's probably a few more ways I've said that in the 9+ years I've been here on SP.

This time will be different! I'm doing things in a different mindset!
It's a lot to explain so I won't get into all of it right now. I'd like to say I'll write more tomorrow, but I honestly don't know if it will fit in tomorrow's crazy day. So, I will write more on it in the future - soon.

My life is crazy - it's so off the normal track I dare to say it's insane!
At the core - for me - has been my FAITH. It's been my rock and kept me steady when literally everything else around was falling apart and I "sooooooo" wanted to fall apart too. But, I couldn't! Lives, little lives, depended upon me!
They've grown in years, but some are still very much dependent upon me. You see, all of my kids have had to learn to live with varying degrees of special health issues that affect all aspects of their life. For some the point of becoming independent, living out there in the world with a job and their own place and all that comes with that; well, they've made it. They are doing it! Maybe not quite like the majority of other adults, but for us it's a huge success! But some are still working toward that goal. Until they get there, they are still depending on me for much of their basic needs.
So we live with lots of therapies and appointments and treatments and supplements and all sorts of other stuff that very few we know have to live with.
That takes a lot of time.
That sometimes takes sacrifice.
Maybe not as much of the foods we need.
Maybe not as many trips out of town for fun.
Vacation? (yeah, that would be nice)
Exercise? interrupted all the time
Meditating? interrupted all the time
Drinking 8+ cups of water? at the end of the day there are cups all over with varying ounces of water remaining... forgotten because of the interruption of the moment
Snacking? If I've had time to prep something to just grab and quick bite or two -we're good; if I haven't, well, pop in a square of chocolate, or a couple of chips or fries maybe.
Meals? Not so well planned - when it is planned - it gets interrupted... but hey, at least I don't leave the oven on or any of the burners on the stove. Thankfully, the crock pot turns itself off!

Of course, things aren't as bad these days...
Not much can top 6 different kids seeing 6+ different medical professionals in so many different trips away from home all in the course of a single 24-hour day.

But today I add to the challenges with my own "special" health issues:
PTSD (gets top ranking b/c it affects everything)
FMS (comes 2nd b/c it affects everything except my dreams - although during a really bad fibro flare my dreams can be really weird) ;-)
Then you have the arthritis in nearly every joint
The Celiac issues
The Depression issues
The Mobility issues (canes, walker, electric scooter...)
The post-Chemo issues
The Kidney issues
It's a good thing I still don't have the Diabetes issues or the Cardiac issues that nearly every doctor thinks is quite surprising considering all the other stuff going on!

So in retrospect I guess it's not so surprising that I get off track so often and have to start over in my weight loss (health gain) efforts, is it? (you don't have to answer that) ;-)

I know somewhere out there in this great big world this is someone dealing with something more, something worse, maybe even ten times more or worse, than what I live with - but I haven't met them yet so I haven't learned anything more than what I know in dealing with all this. If I wrote down all of the health-related issues my kids and I are living with it would double the amount I've written in this blogpost so far... and if I add on the ones that are resolved or no longer a daily issue to deal with it would double that.

But somehow, someway, I am going to learn NOW what it takes to STAY ON TRACK! It's time to really have something to show for all my hard efforts all these years! 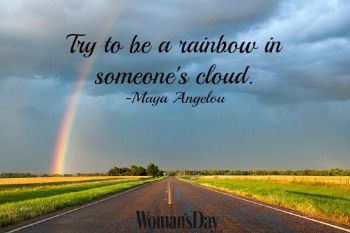