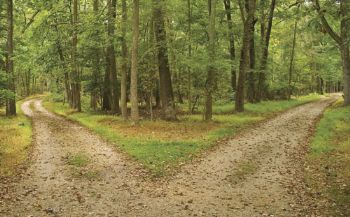 I'm at a crossroad in my healthy journey.

Down one branch of this road it looks an awful lot like the road I'm already on. It's not a bad road, it's just a road that leads to complacency and doesn't offer much in the way of challenges. There might be minor hills or small roadblocks, but there's nothing that would slow me down for more than a couple of minutes. We will call this road Status Quo Lane.

And I know which road I need to take - Been There Before Highway. You see, I found that road way back in 2009 when I realized that I was living a very unhealthy life. And it was still called Been There Before Highway, and I had already traveled it with little to no success many times before, but what was different that time was that I found a hidden desire, coupled with lots of exciting tools, to help me navigate the journey. I worked hard to walk through the weeds and the brush on the side of the road to make the path a different one than I had traveled before. I learned how to run on that path and I got a long way towards my destination. But somewhere along the way, I stopped working hard at beating through the bushes, I laid down my tools because I was tired of carrying them, and I ended up merging with Status Quo Lane. And there I have stayed...trudging along down that little lane just enjoying not having to carry a heavy load, or having to whack through the weeds, or having to put much effort into anything.

Which isn't a BAD THING!!! No, it really isn't. The fact that I walked (and ran, and hiked, and biked) the entire time I've been traveling Status Quo Lane is a good thing!! I didn't pick up any extra personal baggage. I just have what I brought with me at the very beginning of the trip on this road, and I even dropped all those heavy tools...but in hindsight, I probably should have held onto them because I see side paths that I could've gotten through if only I had kept one tool or another to get me there.

But here's what is the bad thing - I want to get back to Been There Before Highway!!! I know that it is a boring road and that I get frustrated trudging along, but I also know that it got me the closest to my destination than any other roads have even come close to doing. I know I need to pick the tools back up and carry them with me even though they are no longer new and shiny. I know I need to find new ways to get off the beaten path. I know I need to push through some of the weeds...but once I do I will be that much closer to the road called Destination Way!! That's the ULTIMATE road I want to be on. I just keep forgetting that as nice as Status Quo Lane is, and as boring as Been There Before Highway can be, that Destination Way is a REALLY, REALLY nice place to be. It's THE place I want to spend the rest of my life running and walking and biking and hiking.

So here I am...not making any promises, but I'm trying to pick up some of my tools and dust them off, give them a little polish, and make them somewhat new again. I know that with hard work they will serve me well.

Tool #1 that I hate because it weighs the heaviest, but I know what a powerhouse tool it is: Food Tracking. Yuppppp...it's an important tool and one that I will dust off and give a little polish too.

Here we go...I may still have one foot on Status Quo Lane, but I'm going to be working my way closer to Been There Before Highway!! Wish me luck!!! 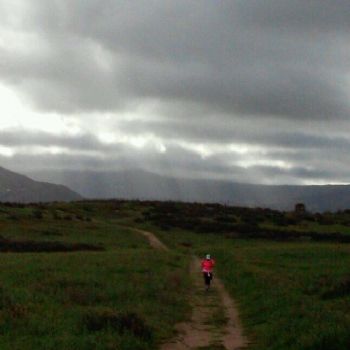