hi been busy as always in the school holidays still nearly a week to go.lol.we have been doing several scientific experiments which we didn´t record but here are some links to where i got the idea from.the milk explostion went really well and was very cool that the kids did it for hours but the helium balloon experiment was a big dissapointment as they filled up less than half and didn´t stay in the air.

can´t find the link for the balloons,lol.

the kids where making a rug for their bedroom out of t-shirts and a hula hoop.here is it in the halfway weaving stage. 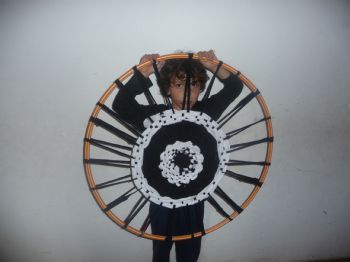 when they had finished and took it off the hoop they tied the ends to tightly so that the edges turned up instead of lying flat. 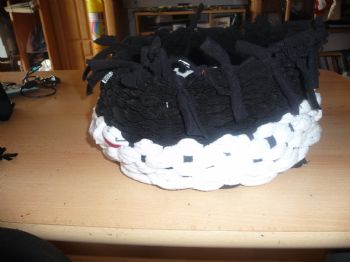 so mummy to the rescue.i gave them several choices.#they could undo it and try again.#they could use it as a toy basket or #they could make a little foot puffee.the kids decided on the foot puffee.so we had a discussion on what we could fill it up with.in the end ayyub had the idea of stuffing it with telephone bookswhich we used for the middle then suffed round the side to form the shape with some more old t-shirts and bits which were left from the t-shirts in the weaving. 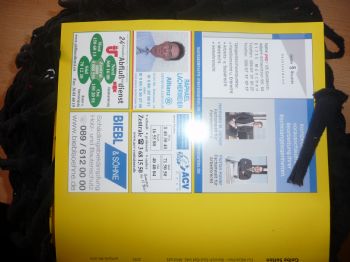 then i helped out by sewing the bottom on the puffee for them and here is a photo of the finished project.even though it came about by the kids mistake they feel very proud of it and i think it turned out good in the end. 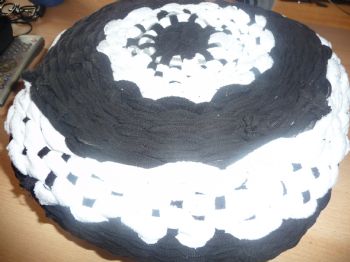 my sewing project at the moment is making new cushion covers for the couch.i decided on two differant fabrics.one a brown velour and the other a red silk.i thought theese went well together as they both had a similar leave pattern on them. 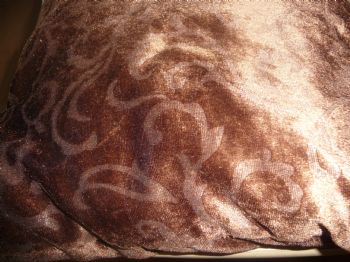 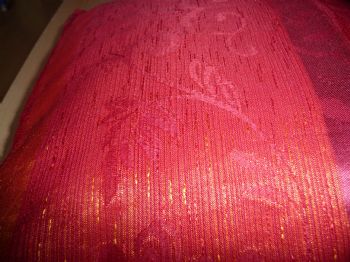 so far i have made 4 brown and three red.plan to do another two red. 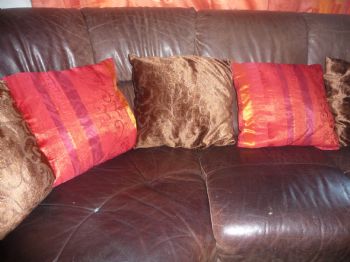 loking at this last photo made me realise my couch needs oiling so that is also now on my todo list.i was thinking about changeing my curtains as well but decided to leave it for now as i think their orange goes ok to the gold on the red cushions.we are looking for another bigger place and if we find it the windows might be a different size so thought i would wait for the curtainstill then.what do you think?

here is a couple of aymans latest paintings he did when we were stuck in one rainy day.no i didn´t see any rainbows that day but apparently ayman did,lol 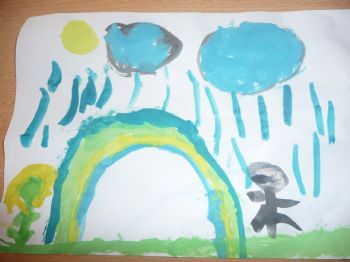 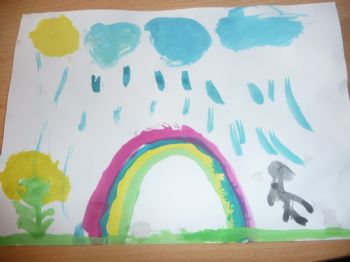 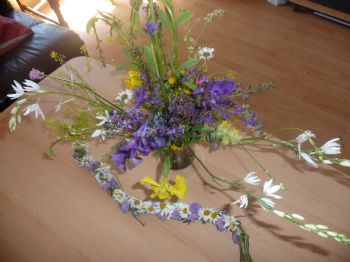 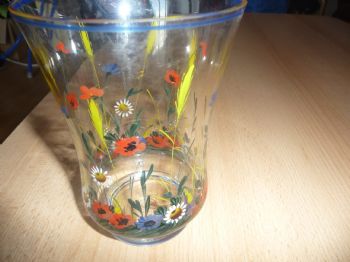 after i have finished the cushions i want to make a picture/collage for over the couch.i have some brown net material with gold glitter on it that i want to use as backgound for stars in the night but just haven´t decided what to do for the theme or the picture but it will be with either the brown and or red material on it.any ides will be welcome.

better go now as i am doing the kids wardrobes out and bringing up and sorting out summer clothes.nothing like being optumistic but lotfi has taken the kids and his two nephews to the wild park poing again so i can get and sort out the clothes and finish the cushions so guess i better get off the computer lol.here is the link to where the kids are as i write this

hope you are all haveing a great day,week,life.be good,take care and keep smiling.thanks for taking the time to read and reply to this blog
Share This Post With Others
Report Inappropriate Blog
Member Comments About This Blog Post